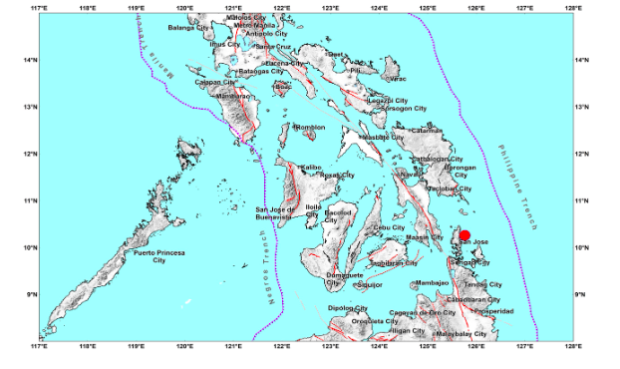 The tremor, which was tectonic in origin, occurred 61 kilometers east of Loreto town in Dinagat Islands, according to the Philippine Institute of Volcanology and Seismology (Phivolcs) bulletin.

Aftershocks are not expected after this earthquake and the tremor is also unlikely to cause damage, according to Phivolcs.

The said intensities reported in the following areas:

Instrumental intensities are also reported in the following areas: