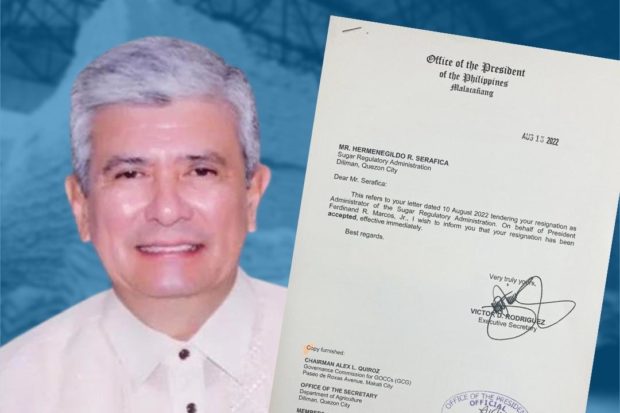 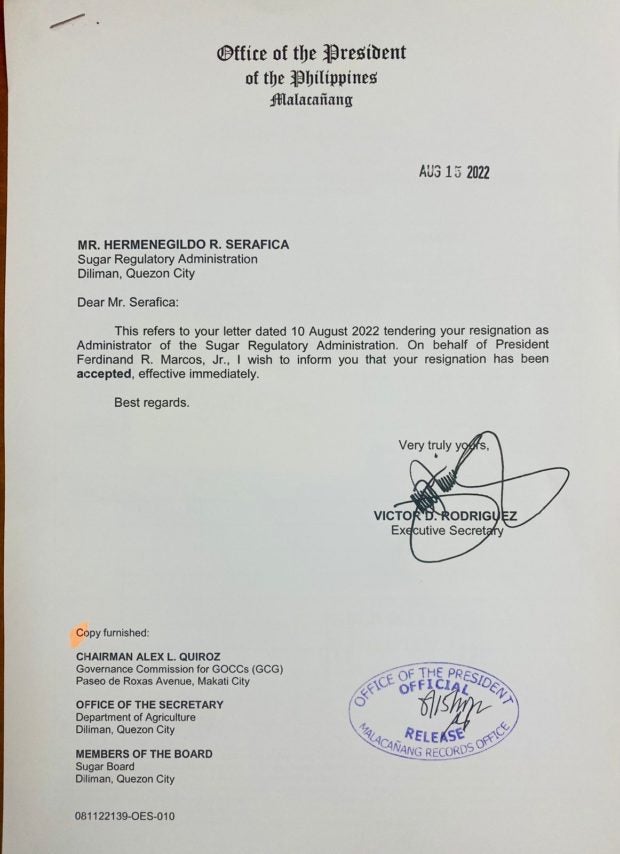 Based on the same letter signed by Rodriguez, Serafica sent a letter last August 10 tendering his resignation.

“On behalf of President Ferdinand R. Marcos Jr., I wish to inform you that your resignation has been accepted, effective immediately,” the letter read.

Before Serafica’s resignation, an SRA’s sugar regulatory board member who signed the “illegal” resolution authorizing the importation of 300,000 metric tons of sugar in the country also resigned.

Atty. Roland Beltran said his resignation was due to “health reasons.”

Rodriguez’s letter coincides with the start of the House of Representatives inquiry into the SRA’s supposed approval of the importation of 300,000 metric tons of sugar, which President Ferdinand Marcos Jr. nullified.