More flooding in Mexican mine frustrates rescue effort for 10 miners 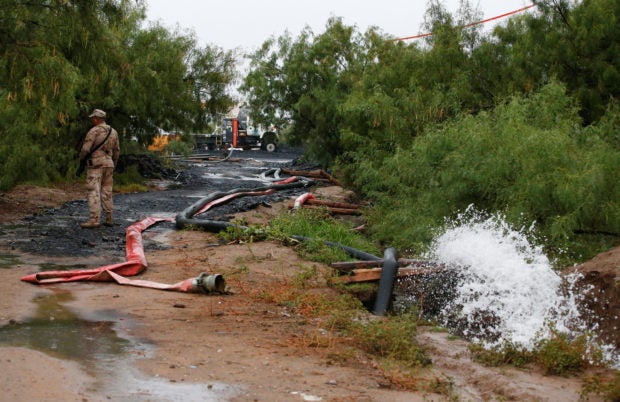 A soldier stands guard in the area of a collapsed coal mine where miners remain trapped, in Sabinas, Coahuila state, Mexico August 15, 2022. REUTERS

SABINAS, Mexico — Mexico’s efforts to save 10 miners who became trapped in a flooded coal mine 13 days ago hit another setback as underground water levels have surged higher, officials said on Monday.

The miners became confined underground at the Pinabete mine in the border state of Coahuila on Aug. 3 when their excavation work led a tunnel wall to collapse and unleashed flooding.

The surge came from the nearby Conchas Norte mine, which closed due to flooding in 1996 and has since accumulated nearly 2 million cubic meters (528 million gallons) of water, said Laura Velazquez, head of Mexico’s civil protection agency.

Engineers now plan to seal off the Pinabete and Conchas Norte mines from one another while continuing to pump water out of Pinabete, Velazquez said.

Mexican officials last week managed to reduce water depths at Pinabete, in the Sabinas municipality, that had initially topped about 30 meters (100 feet). But by Monday the water levels rushed back to their heights at the time of the collapse, in one shaft reaching more than 41 meters (135 feet). 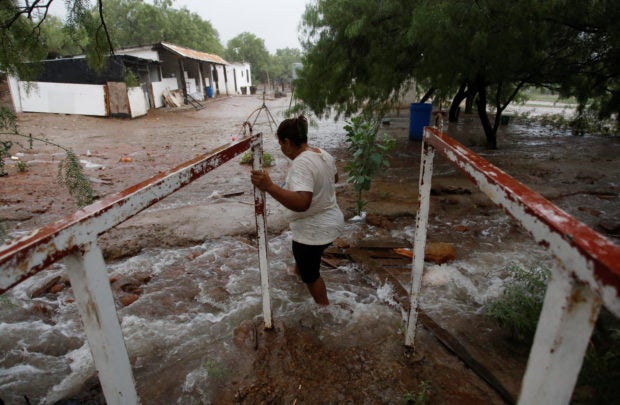 Concepcion Cruz, relative of one of the miners trapped in a coal mine that collapsed, crosses a current of water extracted from the mine, in Sabinas, Coahuila state, Mexico August 15, 2022. REUTERS

A rescue team on Sunday was preparing to descend into one of the mine shafts when the water flooded back, Velazquez noted.

“This sudden entry forced us to stop the whole entry plan,” Velazquez told a regular government news conference. A video camera lowered into the shaft revealed debris of pipes and cables floating in the “extremely murky water,” she added.

An attempt to enter the mine last week, when the water levels were lower, was also thwarted by debris and darkness.

Maria Guadalupe Cabriales, sister of trapped miner Margarito Cabriales, said in an interview outside the mine that the delays in the rescue effort had worn down her optimism.

“They’re going to take longer to get my brother out … What hope do we have left?”