UN-chartered ship in Ukraine readying for journey to Africa 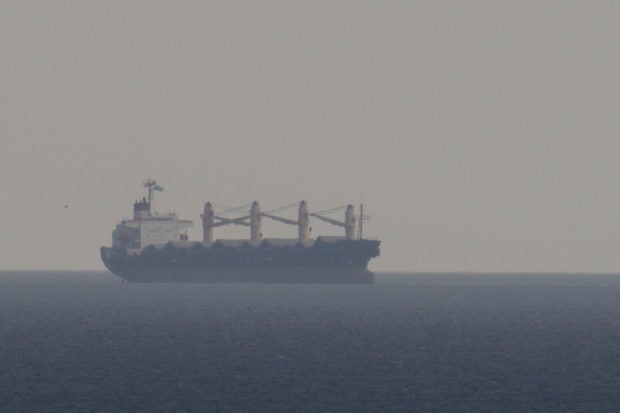 YUZHNE, Ukraine — The United Nations-chartered ship Brave Commander will depart Ukraine for Africa in coming days after it finishes loading more than 23,000 metric tons of wheat in the Ukrainian port of Pivdennyi, a U.N. official said.

The ship, which arrived in the port near Odesa, will sail to Ethiopia via a grain corridor through the Black Sea brokered by the United Nations and Turkey in late July.

It will be the first humanitarian food aid cargo bound for Africa since Russia’s invasion of Ukraine on Feb. 24. under the framework of the Black Sea Grain Initiative.

Denise Brown, UN Resident Coordinator in Ukraine, told reporters the grain was urgently needed in Ethiopia, and the United Nations would work to ensure continued shipments to countries around Africa that are facing famine and sharply higher food prices. 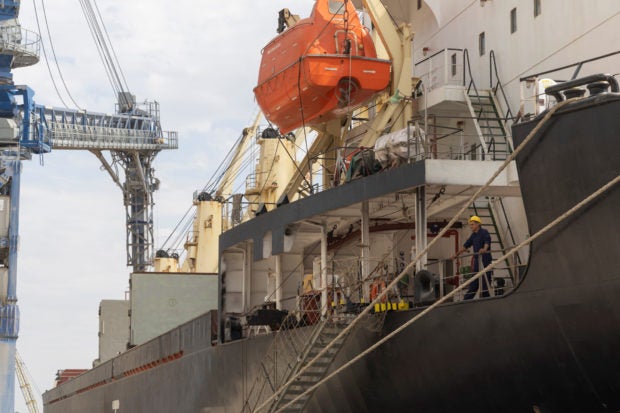 A staff member is seen aboard the Lebanese-flagged bulk carrier Brave Commander in the sea port of Pivdennyi during loading with wheat for Ethiopia after restarting grain export, amid Russia’s attack on Ukraine, in the town of Yuzhne, Odesa region, Ukraine August 14, 2022. REUTERS

“On a very, very personal note, for any mothers who might be listening, seeing hunger in a child is very painful. Hunger, malnutrition is physically very, very painful,” Brown, who was previously posted in the Central African Republic, told reporters. “It’s up to all of us to help these children.”

The cargo was funded with donations from the United Nations World Food Program, the U.S. Agency for International Development and several private donors.

“The world needs the food of Ukraine. This is the beginning of what we hope is normal operations for the hungry people of the world,” Marianne Ward, World Food Program deputy country director, told reporters. The relief agency purchased more than 800,000 tons of grain in Ukraine last year.

Ukrainian authorities have not released details on when the Brave Commander will sail or when it will arrive in Ethiopia, citing security concerns.

A total of 16 ships have now departed from Ukraine, according to authorities there, following the deal with Russia to allow a resumption of grain exports from Ukraine’s Black Sea ports, after they were stalled for five months due to the war.

“We look at this … in a very positive way. We’re optimistic,” Brown told Reuters in a separate interview. 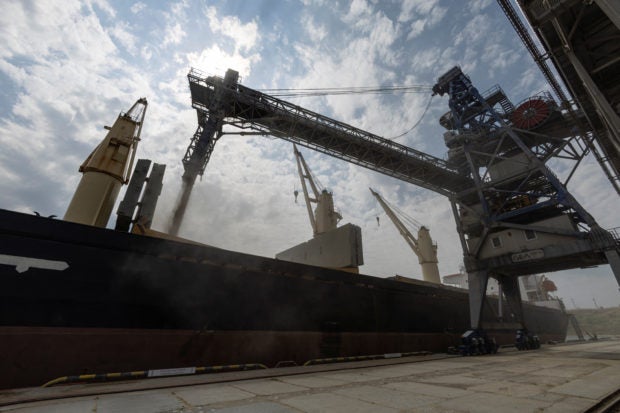 The Lebanese-flagged bulk carrier Brave Commander is seen in the sea port of Pivdennyi during loading with wheat for Ethiopia after restarting grain export, amid Russia’s attack on Ukraine, in the town of Yuzhne, Odesa region, Ukraine August 14, 2022. REUTERS

The agreement was reached last month amid fears that the loss of Ukrainian grain supplies would lead to severe food shortages and even outbreaks of famine in parts of the world.

The first ship to depart Ukraine under the deal, the Sierra Leone-flagged Razoni, was approaching the Syrian port of Tartous on Sunday, two shipping sources said.

Brown said the authorities were looking at using rail to augment the shipments of grain, and the Ukrainian agriculture ministry also plans to open a new truck route to Poland.

So far most of the cargoes under the deal have carried grain for animal feed or for fuel.

As part of the U.N. deal, all ships are inspected in Istanbul by the Joint Coordination Centre, where Russia, Ukrainian, Turkish and U.N. personnel work.