Blasts ripped through a fireworks warehouse in a shopping mall in the Armenian capital of Yerevan on Sunday, Russian news agencies reported, killing three people and injuring more than 60.

Video footage showed grey smoke billowing over a building and people scurrying away from the area.

Rescue workers sifted through twisted metal and rubble in a search for survivors as clouds of dust and smoke hung in the air. Bystanders helped victims move to safe areas. 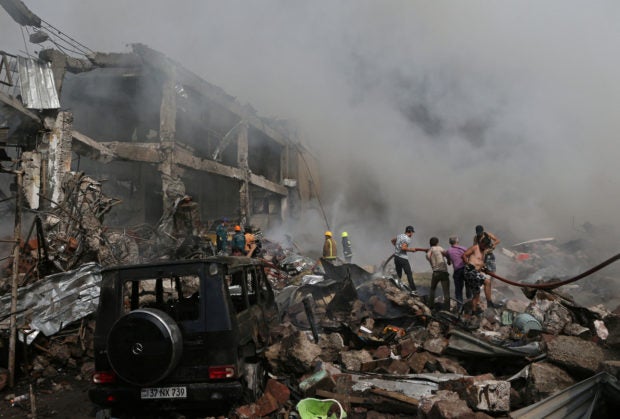 People help firefighters to extinguish a fire after blasts ripped through a fireworks warehouse in a shopping mall in Yerevan, Armenia August 14, 2022. Vahram Baghdasaryan/Photolure via REUTERS

Emergencies Minister Armen Pambukhchyan, quoted by Sputnik Armenia news agency, said the fire had been extinguished, but strong winds still posed a threat. He said rescue teams would continue the search for survivors through the night. 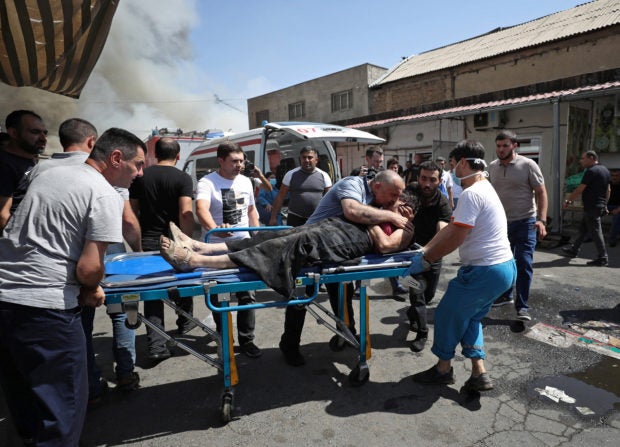 A wounded woman is transported on a stretcher after blasts ripped through a fireworks warehouse in a shopping mall in Yerevan, Armenia August 14, 2022. Vahram Baghdasaryan/Photolure via REUTERS

Armenia’s Health Ministry said 61 people had been injured, with several treated in hospital.

It was not immediately clear what caused the fireworks to detonate.

24 die in Mexico town where fireworks disasters are common