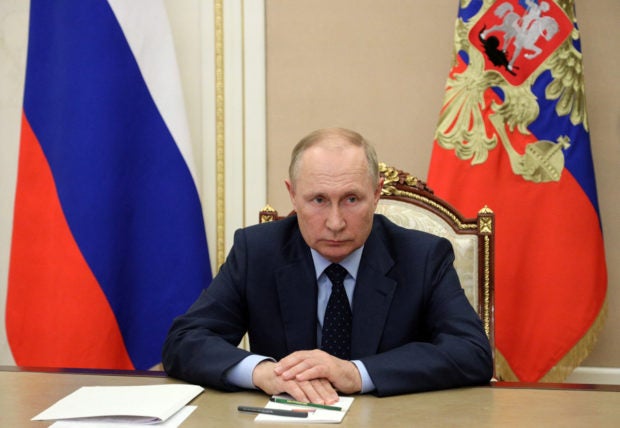 Russian President Vladimir Putin attends a meeting with acting Governor of Kirov region Alexander Sokolov via a video link at the Kremlin in Moscow, Russia August 9, 2022. (Sputnik/Mikhail Klimentyev/Kremlin via REUTERS)

In a letter to Kim for North Korea’s liberation day, Putin said that closer ties would be in both countries’ interests, and would help strengthen the security and stability of the Korean peninsula and the Northeastern Asian region, North Korea’s KCNA news agency said.