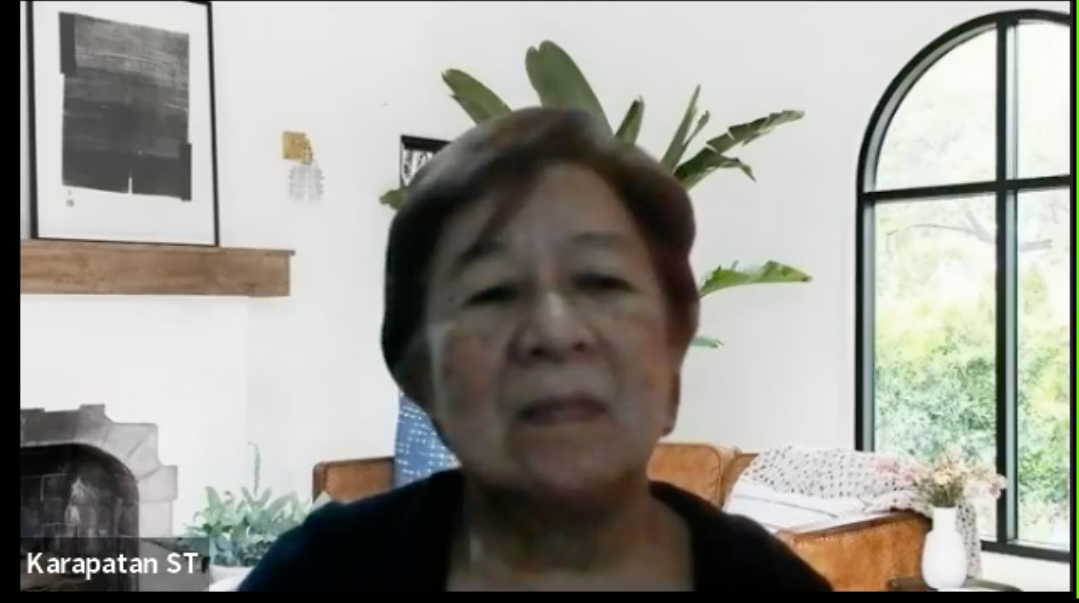 MANILA, Philippines – Daisy Macapanpan, the 69-year-old environmentalist who was arrested in Pakil, Laguna on charges of rebellion, described her two-month long imprisonment as she maintains her innocence.

Macapanpan was initially detained at the Nakar Municipal Police station for four days, then transferred to the Pagbilao Bureau of Jail Management and Penology for a seven-day COVID-19 quarantine. While alone she described feeling a variety of emotions.

(So much tension and anxiety… a lot of different feelings).

The environmental advocate was eventually allowed to stay in the female dorm of the Lucena City Jail, where she joined other female inmates.

(They had a proper system for managing inmates).

Despite this, Macapanpan said that being inside the prison was still a far cry from being free. She recalled that the prison’s proper maintenance was needed since some of the incarcerated have been deprived of liberty for so long that they start to experience mental health problems.

Macapanpan also extended her gratitude to friends, family and colleagues who visited her weekly in prison and supported her by giving her food and basic commodities. She even thanked the prison personnel for managing the jail’s programs properly.

After nearly two months, Macapanpan was released on bail of P200,000. While rebellion is usually a non-bailable crime, the provincial prosecutor of Infanta told Macapanpan’s camp that the rebellion case had amended information, allowing her to post bail.

(I am hoping that the cases are junked).

Macapanpan’s camp said that she will have an arraignment and pretrial on September 2.

Macapanpan previously suspected that her arrest was due to her protest against the Ahunan Pumped Storage Hydroelectric Power Plant in the Sierra Madre mountain range. The Commission on Human Rights also noted that she was arrested after a speech against a dam’s construction in Mt. Inumpong in Pakil.

At least 25 police officers arrested Macapanpan on June 11 in Pakil, Laguna, for a 14-year-old rebellion case. Her friends and colleagues have described the arrest as overkill, questioning the manpower needed to arrest a senior citizen.