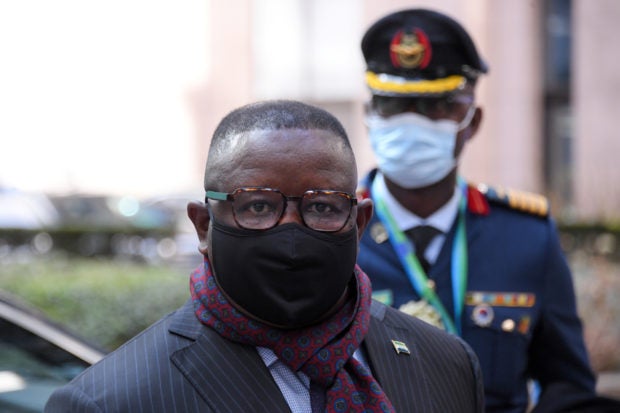 FREETOWN — Sierra Leone’s president, Julius Maada Bio, said Friday that this week’s anti-government protests, which led to the deaths of six police officers and at least 21 civilians, were an attempt to overthrow the government.

On Wednesday, police officers used tear gas and in some cases guns to disperse large crowds of protesters throwing rocks and burning tires in the capital Freetown and several towns in the opposition’s northern heartland.

“This was not a protest against the high cost of living occasioned by the ongoing global economic crisis,” Maada Bio said in an address to the nation.

“The chant of the insurrectionists was for a violent overthrow of the democratically elected government,” he said, adding that the government would investigate all the deaths.

Several residents told Reuters the protests were driven by frustration with the worsening economic situation and a perceived failure by the government to cushion the impact of rising prices.

Inflation rose to nearly 28% in June, piling extra pressure on the majority of Sierra Leone’s population of 8 million who live below the poverty line, according to the World Bank.

“Look at the way the price of fuel goes up. The price of rice is always going up. We can’t live the way we did only a few years ago,” said Solomon Forna, a 42-year-old driver in east Freetown.

He said he heard some noise in his neighborhood on Wednesday and joined in with the crowds, shouting that Maada Bio must go, until the police came.

But countries around the world are seeing protests over economic hardship, after pandemic-related disruption to global supply chains and the knock-on effects of Russia’s war in Ukraine combined to push prices of energy, commodities and basic items higher.