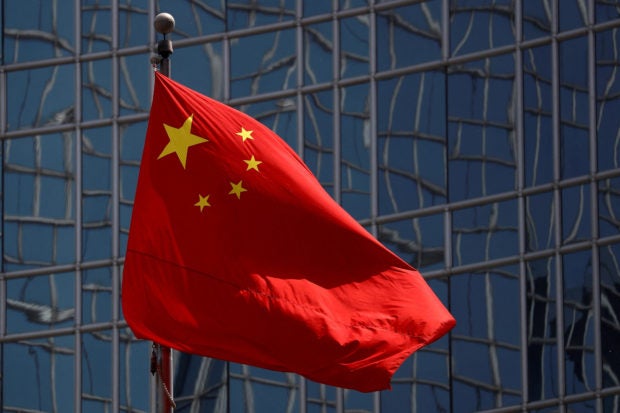 VILNIUS — Latvia and Estonia withdrew from a cooperation group between China and over a dozen Central and Eastern European countries on Thursday, following in the footsteps of Baltic neighbor Lithuania which withdrew last year.

The move comes amid Western criticism of China over escalating military pressure on democratically ruled Taiwan, which China claims as its own territory, and Beijing’s strengthening of ties with Russia during the invasion of Ukraine.

Relations between Lithuania and China worsened after the former allowed Taiwan to open a de facto embassy late last year.

Latvia’s Foreign Ministry said the country’s continued participation in the China group was “no longer in line with our strategic objectives in the current international environment.”

In statements published Thursday, both Latvia and Estonia said they would continue to work towards “constructive and pragmatic relations with China” while respecting the rules-based international order and human rights.

Estonia’s Foreign Ministry was not immediately available for further comment.

The Chinese embassies in Riga, Latvia and Tallinn, Estonia did not immediately respond to requests for comment.

Bulgaria, Croatia, the Czech Republic, Greece, Hungary, Poland, Romania, Slovakia, and Slovenia are among countries that remain in the cooperation format.

The Czech Republic’s foreign ministry said in May the promise of large Chinese investments and mutually beneficial trade were not being fulfilled, following calls within the country’s parliament to quit the group.

Read Next
DOJ eyes int’l criminal justice expert
EDITORS' PICK
Percy Lapid’s kin: ‘We demand that his cowardly assassins be brought to justice’
Nothing’s certain so here’s how everyday Filipinos can make the most out of their Plan B
Do all the things you do, faster
PNP vows to bring justice for slain Percy Lapid; says probe underway
House energy committee chair Arroyo bats for cheap electricity
‘Seniority’ requirement despite vacant posts in DOH bothers senators
MOST READ
Student stabs teacher dead in Samar town
Trixie Angeles quits as press secretary due to health reasons
Not rehired?: Trixie Angeles not on list of reappointed Cabinet execs
Final net satisfaction rating slightly decreases for Robredo, Sotto — SWS
Don't miss out on the latest news and information.