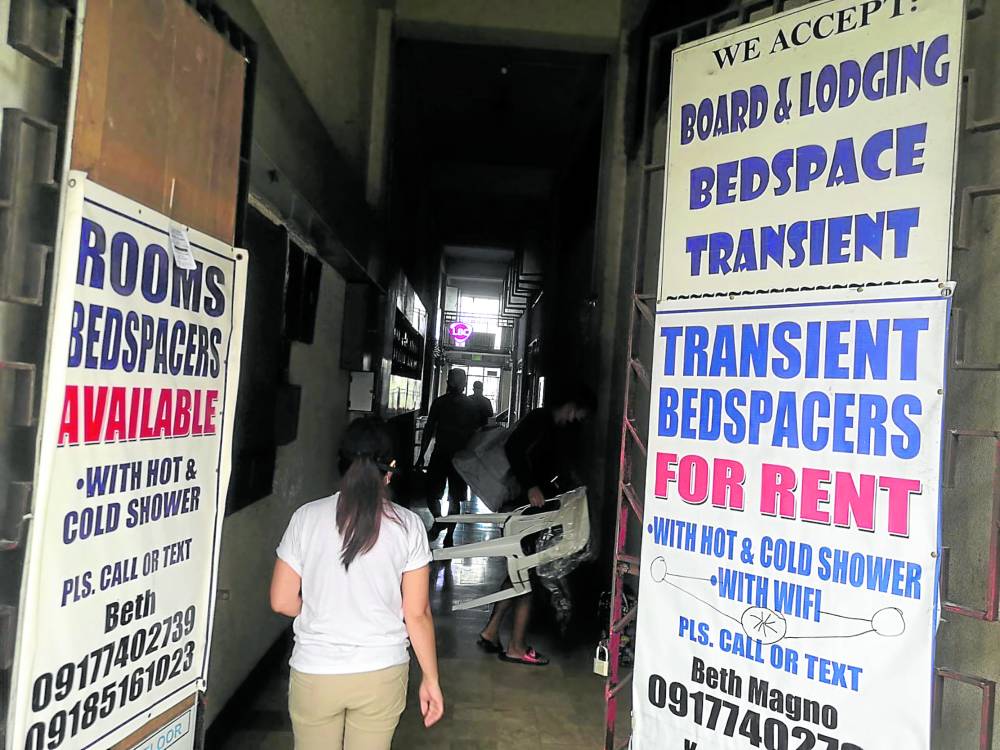 SAFE SPACE Health officials, government engineers, and firemen in Baguio City inspect dormitories and boarding houses in preparation for the school opening. While Baguio was devastated by the magnitude 7.7 earthquake in 1990, it did not suffer any damage from the magnitude 7 quake that rocked Abra and its neighboring provinces last month. —EV ESPIRITU

BAGUIO CITY — Mayors in Abra province on Thursday asked Interior Secretary Benjamin Abalos Jr. to suspend the school opening on August 22 throughout the province given the condition of their towns following last month’s magnitude 7 earthquake.

In a dialogue with Abalos in Abra, the quake’s epicenter, La Paz Mayor Joseph Bernos said the school opening must be delayed for a month to give them time to fix the damaged schools.

Bernos said about 675 school buildings have been damaged by the quake in the province.

The lawmaker also raised the same concern during a meeting with officials of the Department of Education (DepEd) on Wednesday, said Estela Cariño, director of DepEd in the Cordillera.

READ: Schools in quake-hit Cordillera to hold classes remotely, in other venues

But DepEd assured Representative Bernos that Abra students and their teachers would be given time to adjust before and after schools open as planned, Cariño told the Inquirer in a text message on Wednesday.

“Classes will start by Aug. 22, but not necessarily in-person for those severely affected (by the quake) and not necessarily as academic classes [right away],” Cariño said.“Psychological first aid could be done first,” she added.

The Department of Health (DOH) has been overseeing the mental health treatments of Abra residents, particularly children, who may have been traumatized by the strong earthquake that also rocked the neighboring Cordillera provinces of Kalinga and Mountain Province, according to Dr. Rio Magpantay, the DOH director in the Cordillera.

Cariño said Abra teachers would start the school term by assessing the “learning levels” of their students, who had spent the two previous school years at home watching lessons broadcast online and on television, and completing modules or activity workbooks because of the COVID-19 pandemic restrictions.

At an earlier briefing on Aug. 2, Cariño said students might start with a hybrid remote learning class if their schools were destroyed by the quake.

Damaged schools with classrooms that are safe for occupancy may host in-person classes but augmented with hybrid classes as a precaution, while fully functional schools may take in students displaced by the quake if they have rooms to spare.

These schools were also damaged but have been sheltering 14 families from two landslide-prone villages, Lagen said during the same meeting with Abalos and 16 other Abra mayors and two vice mayors.

She said about a hundred residents in these communities would need to be relocated.

“So, which do we prioritize – accommodation of evacuees or [in-person classes]?” Lagen asked.

She also pointed out that the assessments made by various agencies on school buildings had contrasting conclusions.

The July 27 earthquake, which has been traced to the movement of the Abra River Fault, left infrastructure damage of up to P801 million throughout the Cordillera.

Abra alone will require P607 million to rebuild destroyed or damaged roads, bridges and government buildings, according to an estimate made by the Department of Public Works and Highways (DPWH) on Aug. 8.

Three resettlement projects are being developed for the Abra towns of Peñarrubia, Tayum and Bucay, the DPWH said.

Mountain Province, which was also among the hardest hit, would need P131.8 million to restore destroyed infrastructure, the DPWH said.

In Baguio City, authorities began inspecting transient homes and boarding houses to determine their safety in preparation for the school opening.

Baguio was devastated by a magnitude 7.7 earthquake in 1990, but it did not report major damage from last month’s temblor that rocked northern Luzon.