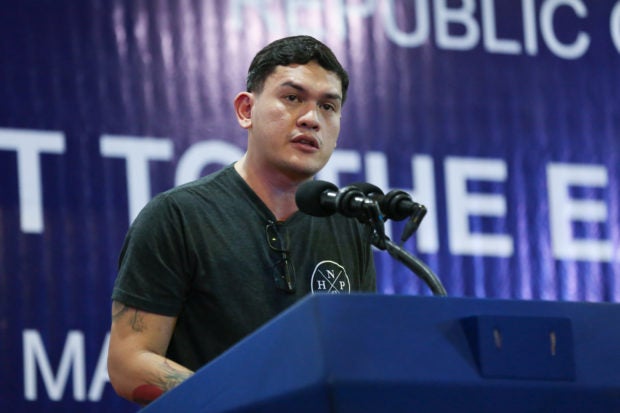 DAVAO CITY – Law enforcers here are hunting down two men allegedly responsible for the death of a jeepney passenger who was shot inside the vehicle on Thursday morning.

Based on a spot report, Paul John Dizon Ferraren, 28, his mother Jocelyn, and his unnamed common-law wife, were riding a passenger jeepney along Piapi Boulevard, one of the busiest streets in the center of the city, when a masked man appeared at the side of the vehicle where the victim was sitting and shot him.

After shooting the victim, the man boarded a waiting motorcycle driven by another man wearing a helmet and a black shirt.

The police report said the victim was immediately brought to the Southern Philippines Medical Center where the attending physician, Dr. Marie Alissandra A. Pantojan, declared him dead.

Investigators were able to recover three fired cartridge cases of a 9mm pistol.

The incident was the latest of crimes that took place in the city as some residents, instead of reporting petty crimes like theft to the police, posted these, instead, on social media.

Both the city police and Mayor Sebastian Duterte urged residents to report crimes to the police stations so that culprits could be arrested.