Salceda: Amend transportation law to include motorists’ bill of rights, cap on penalties 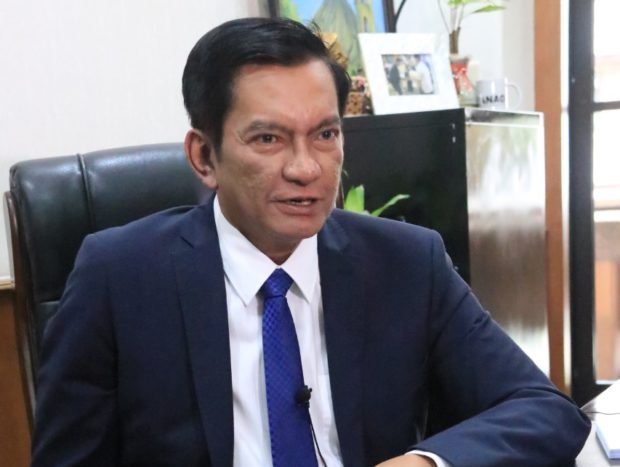 MANILA, Philippines — The country’s transportation law or the Republic Act No. 4136, the Land Transportation and Traffic Code, could soon include provisions for motorists’ rights and limits on penalties if a bill proposed by Albay 2nd District Rep. Joey Salceda is enacted.

Aside from these, House Bill No. 3423 filed by Salceda on Tuesday and released to reporters on Wednesday, also seeks to place a list of duties of motorists to pedestrians, all to make streets safer.

The lawmaker’s bill proposes to change Article III-A of R.A. No. 4136, to include the following under the motorist’s bill of rights:

Salceda proposed that the fine for the first offense shall not exceed the minimum wage to ensure that people can settle the penalties imposed. For the second offense, the penalty would be around twice the minimum wage applicable to the violator.

He also suggested that for people driving as a source of income or livelihood, alternative punishment that would not decrease their pay be imposed.

“For drivers of small vehicles who ply routes for a living, as in the case of food delivery riders, a P2,000 first offense penalty could also be confiscatory, comprising as much as a week’s worth of income,” the lawmaker said in the bill’s explanatory note.

“Motorists who drive vehicles for hire or used for a living, such as food delivery riders, may appeal for a reduction of penalties based on mitigating circumstances and capacity to pay; or may ask for an alternative form of payment, such as community service,” he added.

Salceda said that he thought of the bill after being made aware of the high penalties brought by the no-contact apprehension policy (NCAP), a controversial measure that is often frowned upon by motorists.

“Once caught, motorists will be fined P2,000 (first offense), P3,000 (second offense) and P4,000 (third offense) for the following violations: disobedience to traffic control signals and signs obstruction of pedestrian lanes, driving on yellow box, over speeding, non-wearing of helmet for motorcycle riders, and disregard to lane markings,” he said.

“While penalties related to the safety of others are reasonably punitive, the frequent complaint of drivers is that the violations are sometimes so vague that any number of violations can be applied arbitrarily,” he added.

While the bill appears to be a relief to motorists, Salceda’s bill also requires drivers to observe the following duties to pedestrians:

The bill, however, clarified that it would neither relieve a pedestrian from taking care with using roads that are typically being used by vehicles nor allow drivers to refrain from exercising the due care of pedestrians at crosswalks.

Salceda said that amending the law may be necessary now, given that the R.A. No. 4136 was designed in 1964, during a time when the dynamics of land transportation were way different.

“Finally, our main traffic law, as embodied in Republic Act No. 4136, was designed in 1964, 58 years ago. As new modalities of transportation have emerged, and more private vehicles are now being used as a means of livelihood, fairness in traffic enforcement is now more strongly tied with economic rights and the dignity of labor,” he said.