2 nabbed after posing as cops, robbing motorists in Bulacan 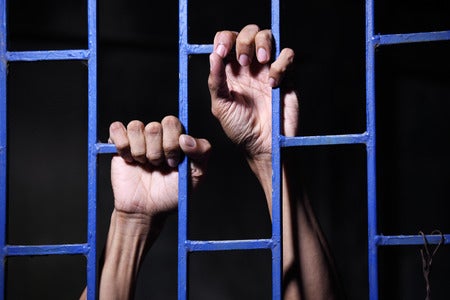 CAMP GEN. ALEJO SANTOS, Bulacan — Two men were arrested on Tuesday (Aug. 9) after they posed as policemen and staged a robbery hold-up in City of Malolos.

Col. Ferdinand Germino, chief of Malolos Police, identified the suspects as Regie Garcia, 32, a factory worker; and Angelo Asistin, 27, a shoe repairman, both from Barangay Tikay in Malolos.

Germino said the suspects flagged down the motorcycle of their victims, identified as Mark John Contridas Butal, 23, and Ronel Rabina, 24, in Barangay Sto. Niño at 8:40 p.m.

The suspects then asked the victims to show a driver’s license and other documents before they were ordered to go with them to the police station.

But in a dark area in Barangay San Juan, the suspects declared a hold-up and pointed a bladed weapon to the victims.

Police said the suspects then took the victims’ cash worth P7,000, cellular phones, and other belongings.

The victims reported the incident to the police, who immediately captured the suspects.

Security guard nabbed in Isabela for extortion while posing as cop

Read Next
7 more Senate panels get chairpersons
EDITORS' PICK
Percy Lapid’s kin: ‘We demand that his cowardly assassins be brought to justice’
Nothing’s certain so here’s how everyday Filipinos can make the most out of their Plan B
Do all the things you do, faster
PNP vows to bring justice for slain Percy Lapid; says probe underway
House energy committee chair Arroyo bats for cheap electricity
‘Seniority’ requirement despite vacant posts in DOH bothers senators
MOST READ
Student stabs teacher dead in Samar town
Trixie Angeles quits as press secretary due to health reasons
Not rehired?: Trixie Angeles not on list of reappointed Cabinet execs
Heart Evangelista to stay abroad ‘indefinitely’: ‘Hindi muna ako babalik’
Don't miss out on the latest news and information.