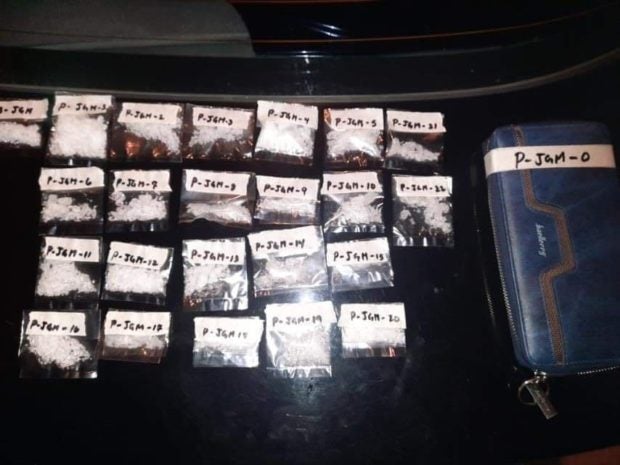 Authorities in Bulacan seized these packs of “shabu” from three suspects who are in the police drug watchlist. File photo

CAMP GEN. ALEJO SANTOS, Bulacan—Police seized P1.5-million worth of “shabu” (crystal meth) in separate anti-narcotics operations in the province in the past week.

The latest was a buy-bust operation on Wednesday, August 10, at Barangay Sapang Palay in the City of San Jose del Monte, where police arrested 24 people. At least P743,000 worth of shabu was seized from the suspects.

On Monday evening, the police arrested four suspected drug traders at Barangay Muzon, also in San Jose del Monte. About 15 grams of shabu worth P186,000 were confiscated during the operation.

In San Rafael town, P204,000 worth of shabu was recovered from a suspect on August 2 in Barangay Tambubong.

At least P408,000 worth of shabu was also seized in another operation on the same day at Barangay Lambakin in Marilao town. Ten suspects were arrested during the operation. INQ