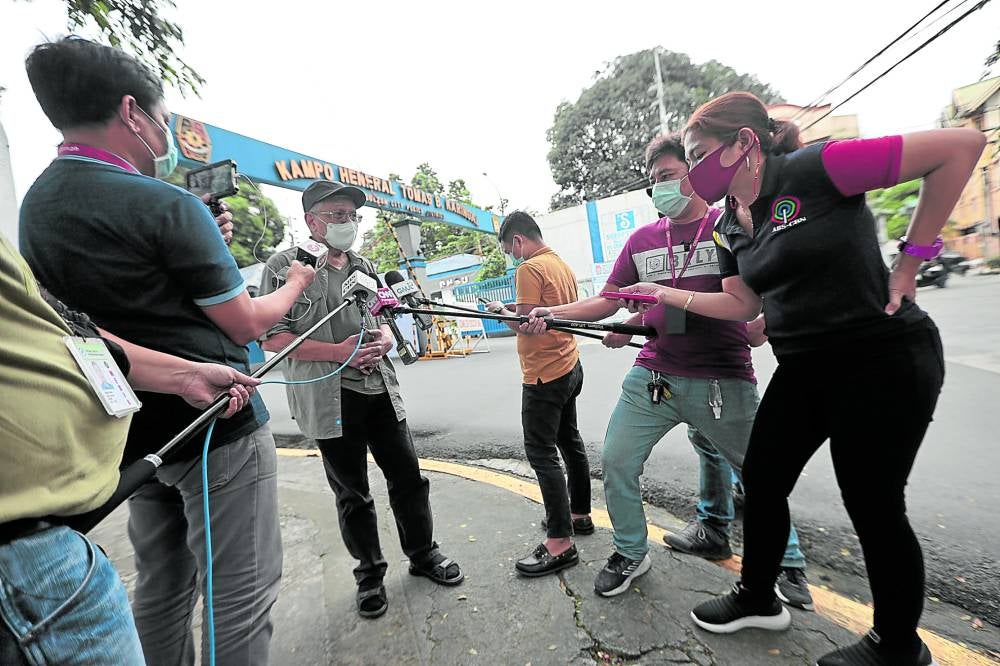 ‘UNJUST’ Activist and former lawmaker Walden Bello talks to reporters outside Camp Karingal upon his release on bail on Tuesday. He describes the cyberlibel case against him as “political harassment.” —GRIG C. MONTEGRANDE

On Wednesday, former senatorial candidate Luke Espiritu, who serves as the chief legal counsel of Bello, said they submitted the petition to review cases on July 29 “to throw away and dismiss right away” the cases against Bello.

“I really encourage Secretary Remulla to exercise the independence that is incumbent upon his office,” Espiritu said in a press conference in a Quezon City restaurant.

“We must understand na itong laban na ito (that this fight) involves nothing less than our democracy, our right to free speech, and our freedom of expression,” he emphasized.

“It should be the institutions of the government that have the responsibility to protect the cherished freedoms enshrined in our constitution.”

The former lawmaker and renowned public intellectual posted bail of P96,000 or P48,000 each for two counts of cyber libel and libel charges filed by Davao City Information Officer Jefry Tupas, who worked under Vice President Sara Duterte during her mayoralty in Davao City.

Bello was brought to the Quezon City Police District Station 8 and was transferred to Camp Karingal for booking after the routine medical checkup.

He was arrested by the Quezon City Police District officers at 5:00 p.m. on Monday.