Lawyer who survived slay try to get international rights award 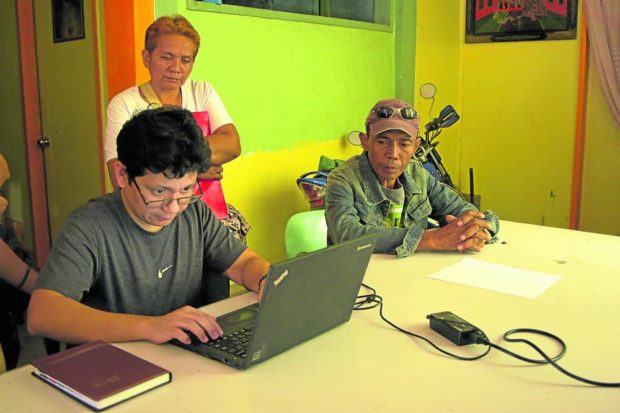 Seventeen months after narrowly surviving a stabbing attack, an Iloilo-based human rights lawyer who has been repeatedly red-tagged gets honored by a US-based international human rights organization.

Angelo Karlo Guillen is this year’s recipient of the Roger N. Baldwin Medal of Liberty Award, the Human Rights First organization announced in a statement on Aug. 8.“For more than 30 years, the Baldwin Medal has brought recognition and support to extraordinary activists who are advancing the protection of human rights at great personal risk,” said Human Rights First president and chief executive officer Michael Breen in a statement.

Human Rights First noted Guillen’s work as a human rights defender and official of the National Union of Peoples’ Lawyers (NUPL) and his “focus on helping document human rights violations and educating farmers and indigenous communities on their human rights under domestic and international law. “

“Angelo Guillen is a courageous and effective advocate whose work has made a difference in the lives of his fellow Filipinos and put a spotlight on abuses and calling for accountability,” Breen said.

Established in 1989, the award was named in honor of Roger N. Baldwin, principal founder of both the American Civil Liberties Union and the International League for Human Rights.

It is given yearly to human rights advocates alternating between those in the United States and outside.

Guillen will be presented with the Baldwin Medal in the United States later this year, according to the statement.

Speaking to the Inquirer by phone, Guillen said he was honored to be among the recipients of the award who include “human rights defenders with considerable work in their respective countries.”

“I am grateful because this is a recognition of the human rights situation in the Philippines and the work of the NUPL, human right lawyers, paralegals and human rights defenders,” he said.

Guillen said the recognition is also in honor of the human rights defenders who were killed, attacked and detained due to their work.

On March 3, 2021, two suspects, who wore ski masks, repeatedly stabbed Guillen with a screwdriver while he was on his way to his boarding house in Iloilo City.

The suspects fled on board two motorcycles driven by two accomplices after taking Guillen’s backpack and a shoulder bag containing his laptop, external disk for backup files and case documents.

They, however, left behind the lawyer’s wallet and smartphone, which were inside his pockets.

Guillen, 34, NUPL vice president for the Visayas, spent 18 days recuperating in a hospital from at least eight stab wounds, including in the head.

He and his colleagues believed government agents were behind the attack, especially because he was among the counsels of leaders of an indigenous peoples (IP) group, the Tumandok, who were arrested in a police and military operation in Capiz province on Dec. 30, 2020.InjusticeNine tribe leaders were shot and killed in that attack.

The Philippine National Police claimed that they fought back when operatives were serving search warrants for illegal firearms and ammunition on suspected leaders and members of the Communist Party of the Philippines and New People’s Army, a claim repeatedly denied by families of the victims and village officials.

According to Guillen, one of the 16 arrested tribe leaders, 75-year-old Rodolfo Diaz, remains detained nearly 20 months after his arrest.

“I am especially glad this award could be announced on the International Day of the World’s Indigenous Peoples, which is also National Indigenous Peoples Day in the Philippines,” he said in the Human Rights First statement.

“Indigenous peoples, like the Tumandok community, as well as farmers, labor leaders, and activists, have borne the brunt of unjust arrests, extrajudicial killings, and other human rights violations committed by state security forces that, to this day, still take place throughout the country. Their rights must be protected, and we hope that this recognition will help bring attention to their plight,” Guillen added.