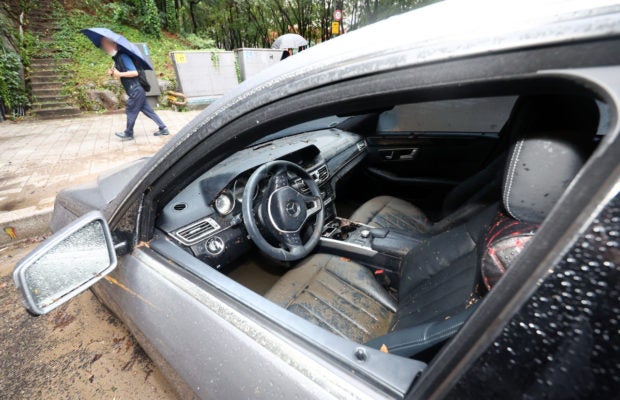 A car flooded by heavy rain on a road in Seocho-gu, Seoul, Tuesday. | PHOTO: Yonhap via The Korea Herald/Asia News Network

SEOUL — More than 1,000 vehicles sustained water damage due to the heavy rains that hit Seoul and surrounding regions late Monday and early Tuesday.

According to the insurance industry’s figures, more than 1,000 cases of vehicle flooding have been reported as of Tuesday morning.

Some larger insurers, including Samsung Fire & Marine Insurance and DB Insurance received hundreds of reports, with damages amounting to several billion won, or millions of dollars.

Small insurance companies are also receiving many flood damage reports, leading experts to estimate that more than 2,000 vehicles were affected by the flood.