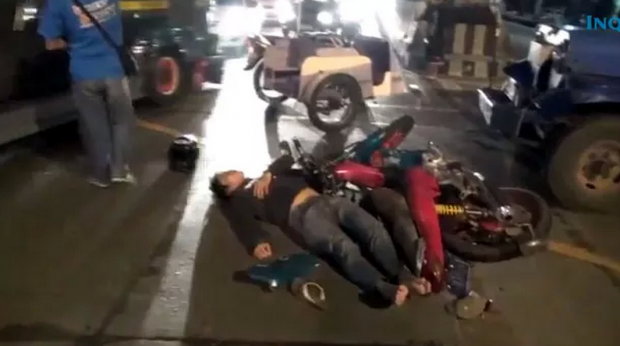 The Police Regional Office 4-A reported on August 9 that an Isuzu closed van driven by Henry Martin lost its brakes at 10:20 p.m. while negotiating a descending curved portion of the road in Barangay Dela Paz.

The wayward vehicle hit a pile of hollow blocks and simultaneously rammed into 10 other vehicles, including the motorcycles driven by Tommy Dimaligalig and Nico Jesuitas.

The police report said Jesuitas died on the spot.

The three others were taken to Antipolo City District Hospital, but Maria died on the way.

Martin was arrested and is facing criminal charges.

Suddenly, their motorcycle slid, and both riders were thrown from the vehicle and landed on the pavement.

The rolling motorcycle eventually crashed into an oncoming car driven by Kevin Guitoria.

The victims suffered injuries, and were taken to Rizal Provincial District Hospital, but Mosende died on the way.