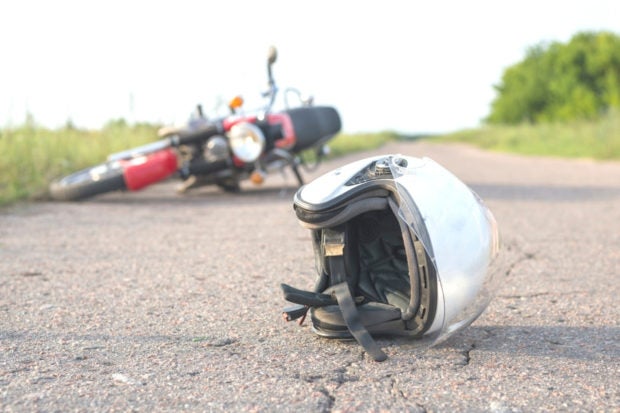 The Calabarzon (Cavite, Laguna, Batangas, Rizal and Quezon) police said motorcyclist Ryan Jay Casidsid occupied the opposite lane of the highway and crashed head-on with the sports utility vehicle driven by Richard Benidict Teotico in Barangay Mayamot at around 12:30 a.m. Monday.

On Sunday, rider Julius Leo Capellan also died after his motorcycle collided with the vehicle of Christian Jay Coching in another part of the Sumulong Highway also in Barangay Mayamot around 10:05 a.m.

Initial investigation showed that the motorcycle also occupied the opposite lane in a curved section of the highway that led to the fatal collision.

Capellan died while being taken to hospital.