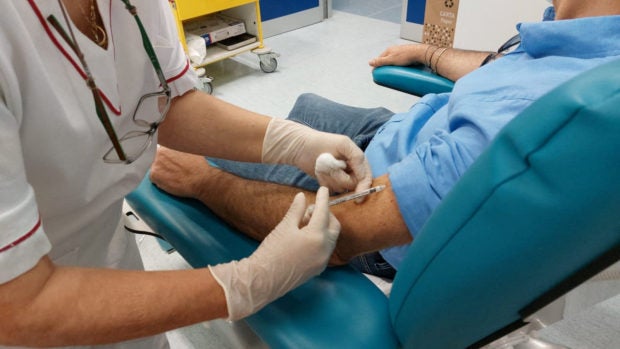 ROME — Italy opened its vaccination campaign against monkeypox on Monday, as case numbers have increased at a time when health authorities are reporting vaccine shortages worldwide.

Italy has reported 545 cases of monkeypox, according to the health ministry. Its vaccination campaign has started more than a month after other countries that have seen higher numbers of cases, including the United States, Britain and Spain.

The first doses will be given at the Spallanzani hospital in Rome, the hospital said in a statement.

Vaccines and treatments have been in short supply and the disease often left for historically underfunded sexual health clinics to manage.

Spallanzani said it already have 200 people who will be vaccinated from Monday onwards, as well as 600 requests for bookings.

The vaccine used will be Jynneos (MVA-BN), a smallpox vaccine made by Bavarian Nordic and approved by the European Medicines Agency for protection against monkeypox, the hospital said.

A vial of the Jynneos vaccine is seen at Spallanzani hospital, as vaccinations against monkeypox began in Rome, Italy, August 8, 2022. Spallanzani Hospital/Handout via REUTERS

The virus continues to be largely transmitted among gay and bisexual men in the current outbreak spreading outside endemic countries, which began in May. Monkeypox is spread chiefly by close contact, causes pus-filled sores and flu-like symptoms, and is rarely fatal. There have now been 26,500 cases worldwide outside the countries where it usually spreads, according to a Reuters tracker.

Following the WHO’s move, the United States – which now has the most cases in the world – also declared monkeypox a public health emergency on August 4.

Italy’s Health ministry said gay, bisexual men and transgender people who have recently had sex with multiple partners, recently had a sexually transmitted infection or use chemical drugs when having sex, would be eligible for the vaccine. Hospital staff dealing with monkeypox cases are also eligible.

The first case in Italy was recorded on May 20, 2022. There are no current plans for mass vaccinations.