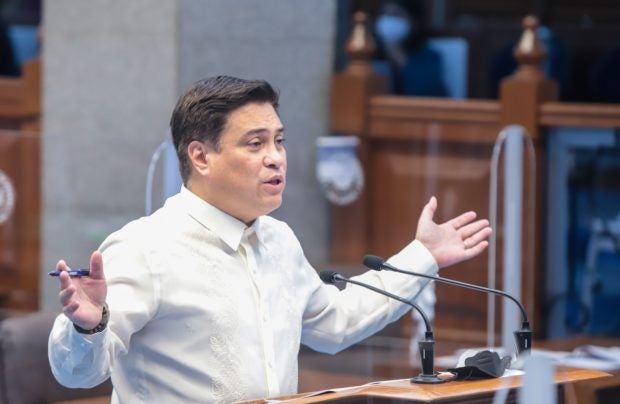 MANILA, Philippines — Senate President Juan Miguel Zubiri decried on Monday the “ever-increasing electricity and power rates” in northern Mindanao and many parts of the country.

In a privilege speech,  Zubiri cited as an example the complaints in Cagayan de Oro where the power rate supposedly jumped from P10.62 per kilowatt hour (kWh) in January this year to P14.19 in July.

The said increase, according to him, was a little less than 40 percent in just six months.

“And many other areas in the country have also increased,” the Senate leader pointed out.

Zubiri noted a similar complaint mentioned to him by Senator JV Ejercito that the electricity rate in San Jose, Nueva Ecija supposedly doubled from P9 to P18 per kWh.

But when they talked to some electric cooperatives, Zubiri said they pointed to the “very high” generation charges due to the high crude prices in the international market and the weakening of the peso against the US dollar and other foreign currencies.

But other questions beg for more answers, according to Zubiri.

“First, were these increases in electricity rates a result of higher fuel cost and foreign exchange variants? Were they approved by the Energy Regulatory Commission (ERC)?”

Assuming  that the ERC approved the rates,  Zubiri said, the next question is who audits the generation companies “to make sure that they are declaring the right rate increases?”

The senator also asked when the  Wholesale Electricity Spot Market or WESM would start operating in Mindanao.

This, he said, would help cushion the impact of the power rate hikes as distribution utilities would have alternatives to buy electricity from cheaper sources.

And if necessary,  Congress is prepared to review and amend the EPIRA just to bring down the electricity rates, the Senate leader also said.

The Senate is set to hold a hearing on the power rates increases.