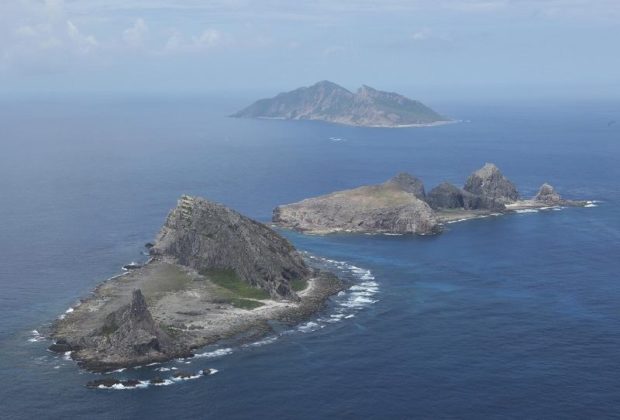 The two vessels entered in quick succession into the territorial waters off the islands of Kuba and Minami-Kojima, part of the prefecture’s Ishigaki City, between 11:42 p.m. Sunday and 0:22 a.m. Monday, according to the headquarters in Naha.

At 9 a.m., they were still seen navigating in waters near Uotsuri Island, one of the Senkakus. A Japan Coast Guard patrol boat was on alert in the vicinity as a 9.7-ton Japanese fishing boat carrying three crew members operated nearby.

The Japanese government on Monday morning lodged a protest with Beijing through diplomatic channels over the CCG vessels’ intrusions into Japan’s territorial waters.