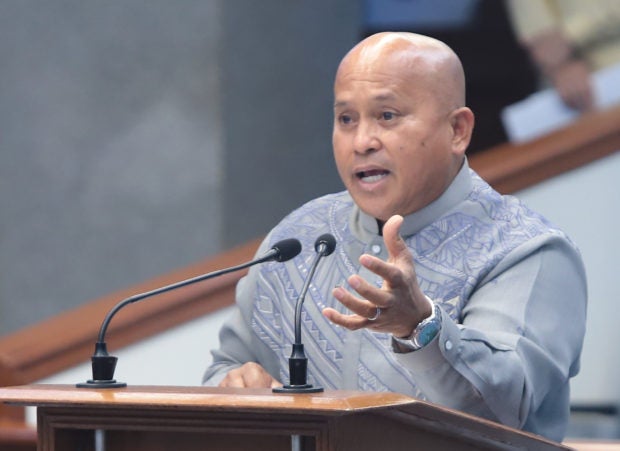 MANILA, Philippines — Sen. Ronald dela Rosa on Sunday warned that the so-called “ninja cops,” or dirty police officers involved in illegal drugs, are on the prowl for ways to return to active service due to President Ferdinand Marcos Jr.’s perceived lack of interest in pursuing the previous administration’s brutal drug war.

“They were just waiting for [former] President Rodrigo Duterte to leave Malacañang,” Dela Rosa said in a radio interview.

Dela Rosa, chair of the Senate public order and dangerous drugs committee, called on the Department of the Interior and Local Government, the National Police Commission, and the Philippine National Police (PNP) to prevent former police officers, who were sacked for their links to the illegal drug trade, from being reinstated.

The senator, a former PNP chief, was the first implementer of Duterte’s bloody war on drugs and it was under his watch when more than 6,000 Filipinos were acknowledged to have been killed in an effort that, the government admits, did not stop narcotics trafficking in the country.

“They (drug syndicates) became emboldened toward the end of the Duterte administration,” he claimed.

The drug syndicates, he said, apparently thought that the PNP and the Philippine Drug Enforcement Agency were “not as resolute as before” in combatting the drug menace.

Dela Rosa, however, said the public should give the President and his security officials the “benefit of the doubt” and suggested that his “template” solved a social and health problem that lingers in many countries.

“We cannot dictate and tell them to copy the template [of the previous administration]. They have their own plans. But they should implement those plans so [the campaign] will be felt on the ground,” he stressed.