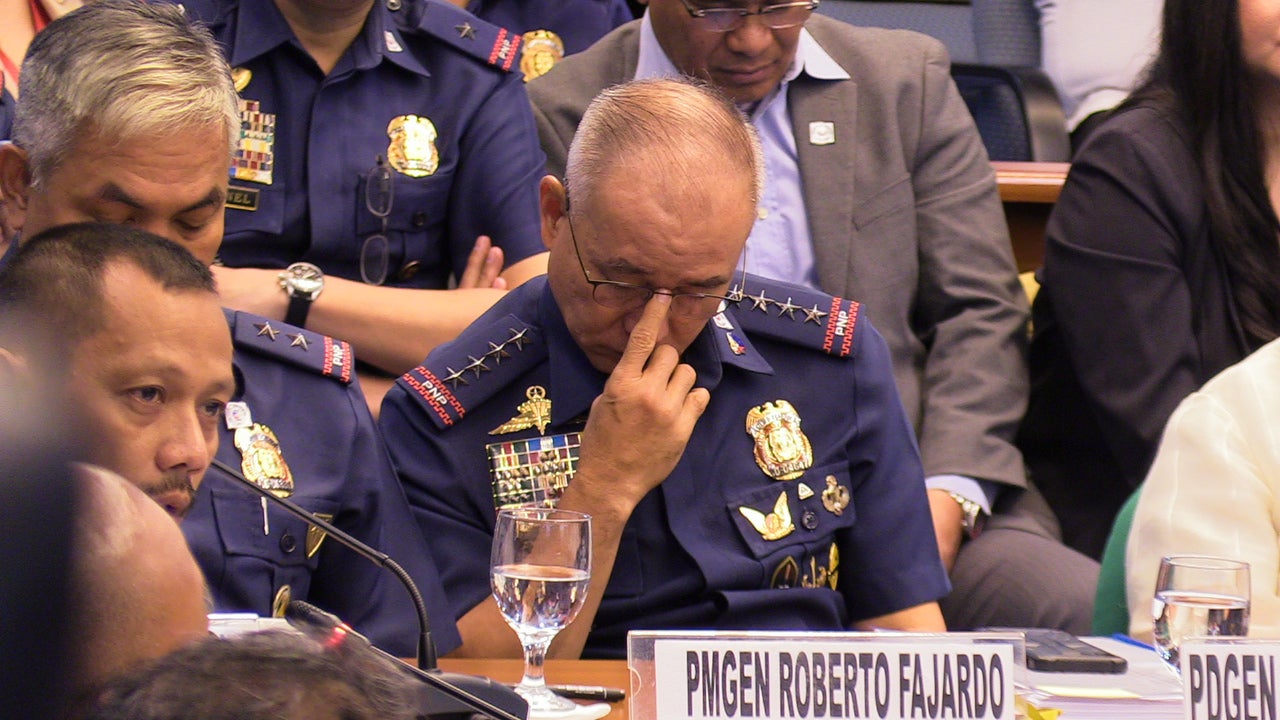 The Department of Justice (DOJ) on Thursday said it would file graft and other criminal charges against former Philippine National Police chief Oscar Albayalde and 12 of his former subordinates for allowing a drug lord to escape in exchange for P10 million and 200 kilograms of “shabu” (crystal meth) after a drug raid in Pampanga six years ago.

A DOJ panel of prosecutors that reinvestigated the 2013 case found Albayalde, who was then the Pampanga police chief, liable for graft for influencing another public officer to commit an unlawful act and causing harm to the government.

Based on the testimony of Aaron Aquino, head of the Philippine Drug Enforcement Agency (PDEA), the panel found that Albayalde requested PDEA chief not to implement an order to order to dismiss the officers involved in the drug raid.

A Senate inquiry last year revealed that as allegedly requested by Albayalde, Aquino did not sign a recommendation to junk a 2016 motion for reconsideration filed by the respondent officers which, in effect, affirmed a 2014 order throwing out the case against them.

The panel, however, cleared Albayalde of the four other charges that would be filed against the 12 officers, including Supt. Rodney Baloyo IV who led the drug raid.

The PNP Criminal Investigation and Detection Group (CIDG) refiled its 2014 complaint against Baloyo and his men for the alleged “ninja cop” operations mainly based on the testimonies given in the Senate blue ribbon committee that reopened the case last year.

The CIDG included Albayalde as a respondent after he resigned in October last year at the height of the Senate inquiry.

Albayalde, who is in the United States, did not immediately respond to an Inquirer request for comment.

The former PNP chief said in an affidavit he submitted to the DOJ last November that he was denied due process when the CIDG adopted the 2014 complaint that was dismissed by the justice department and added his name as a respondent.

“The complaint should have been dismissed outright and I should not have been required even to file a counteraffidavit,” Albayalde said.

The CIDG relied “solely” on the allegations made against him in the Senate blue ribbon committee, which he branded as mostly “hearsay,” he said.

The DOJ panel said Baloyo and the 11 others will also be charged with misappropriating confiscated drugs, planting evidence, bungling the prosecution of the case and qualified bribery.

The police ranks were those held by the officers prior to the change implemented by law in 2019 that replaced them with military hierarchical designations.

According to Justice Undersecretary Markk Perete, the panel did not hold Albayalde criminally accountable for the actions of his subordinates under the “theory of command responsibility.”

“The panel noted that no Philippine law provides for criminal liability under this doctrine,” Perete told reporters.

The DOJ will submit its resolution against Albayalde to the Ombudsman, who will decide whether to file charges in the Sandiganbayan.

The Sandiganbayan has jurisdiction over cases involving PNP officers occupying the position of provincial director and holding the rank of senior superintendent and higher.

The DOJ panel also recommended that Baloyo be charged with “falsification by a public officer” for making untruthful statements in his spot report and progress report regarding the operation.

It said PO3 Guerrero and SPO1 Santos should also be charged with violating regulations regarding the chain of custody of evidence and with false testimony and perjury for making untruthful statements in their affidavit of arrest against a Chinese national, Ding Wenkun.

The panel cleared PO2 Anthony Lacsamana for “insufficiency of evidence” since he did not participate in the operation.

In 2014, the DOJ dismissed the original complaint against Baloyo and the other officers who took part in the raid.

In reversing the original decision, the panel “relied on additional evidence presented by the parties and their witnesses, as well as on the report on the Senate investigation led by Senator Richard Gordon,” the DOJ said in a statement.‍

The joint report by the Senate blue ribbon and justice committees on the so-called ninja cops racket found that Albayalde and his men violated Republic Act No. 9165, or the Comprehensive Dangerous Drugs Act, during his time as the director of the Pampanga Police Provincial Office.

Gordon, chair of the blue ribbon and justice committees, cited Section 27 of RA 9165, which imposes life term on a government official who “misappropriates, misapplies or fails to account for confiscated, seized or surrendered dangerous drugs.”

Gordon said Albayalde was also liable for violating the antigraft law, and Article 208 of the Revised Penal Code for negligence.

“The panel found that Baloyo et al. misappropriated drugs when they declared that only 36.6 kg of shabu was seized during their operations, while the subsequent police investigation indicated that about 200 kilos of methamphetamine hydrochloride was actually recovered,” the DOJ said.

The police officers also declared that they recovered P300,000 “while contrary evidence indicated that the amount reached P10,000,000.”

Some of the officers did not disclose that a Toyota Fortuner sport utility vehicle was seized during the operation.

The panel concluded that the group illegally arrested and implicated Ding as a drug lord instead of Johnson Lee, a Korean national, “despite their knowledge that it was Lee who should be charged.”

The case against Ding was eventually dismissed by the court.