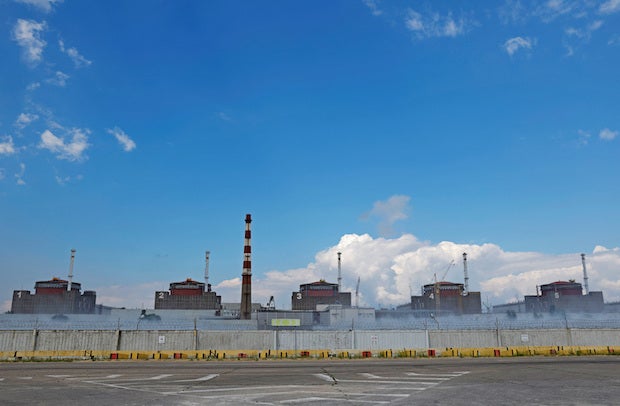 A view shows the Zaporizhzhia Nuclear Power Plant in the course of Ukraine-Russia conflict outside the Russian-controlled city of Enerhodar in the Zaporizhzhia region, Ukraine Aug. 4, 2022. (REUTERS/Alexander Ermochenko)

The plant, in Russian-controlled territory, was also shelled on Friday. Moscow blames Ukrainian forces for the strikes.

“Consequently, timely detection and response in the event of a deterioration in the radiation situation or leakage of radiation from containers of spent nuclear fuel are not yet possible,” it said.

“The administrative buildings and the adjacent territory of the storage facility were damaged,” it said

The head of the International Atomic Energy Agency (IAEA) had said Friday’s shelling showed the risk of a nuclear disaster. Those shells hit a high-voltage power line, prompting the plant’s operators to disconnect a reactor despite no radioactive leak being detected.

The Zaporizhzhia plant was captured by Russian forces in early March in the opening stage of the war but is still run by Ukrainian technicians.