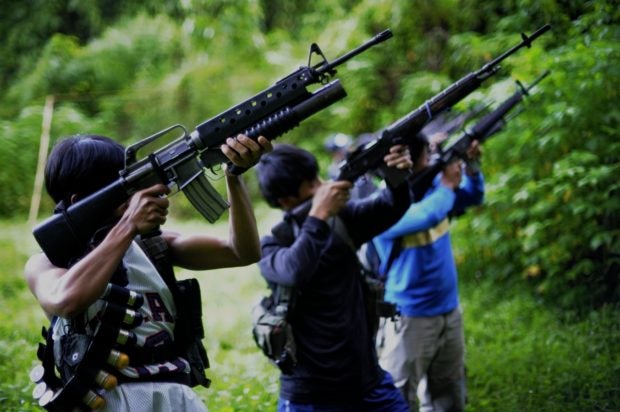 FILE PHOTO: New People’s Army rebels display fighting skills during a drill in an undisclosed place in the Cordillera in northern Luzon sometime in 2013. —EV ESPIRITU

In a Palace briefing, Abalos said the 50 NPA rebels surrendered on Wednesday, August 3. Their weapons were also surrendered and destroyed by the authorities.

“These are rebel returnees, and this is because of our program, the Enhanced Comprehensive Local Integration Program,” he said.

“I think this is the largest or biggest number of Abu Sayyaf who surrendered so far, 100 of them, and even the firearms, kumpleto sa firearms ‘yan,” he said.

Abalos said basic needs would be provided to them by the government.