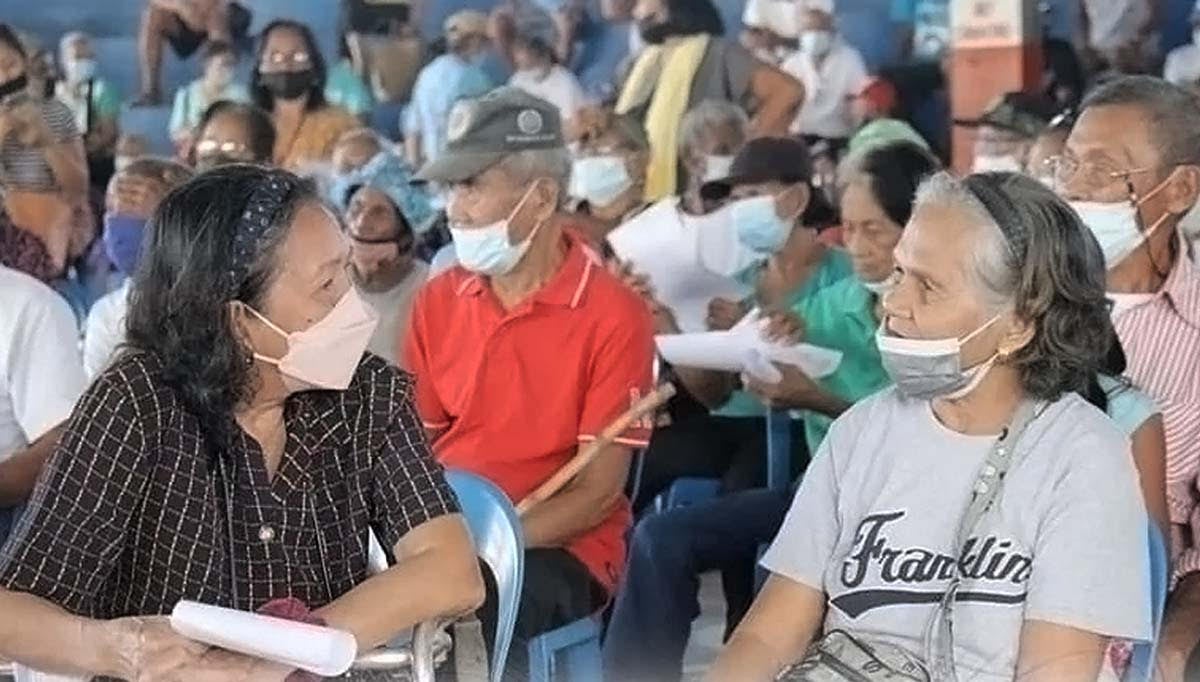 Senior citizens in San Marcelino town, Zambales province wait for the distribution of their P3,000 social pension from the government on Thursday, Nov. 18, 2021. FILE PHOTO FROM SAN MARCELINO PIO

MANILA, Philippines—P500 is “not enough.”

Sen. Joel Villanueva said this last May as he sponsored the bill to increase social pension for indigent senior citizens, stressing that P500 is not enough for their daily subsistence and medical needs.

The law that mandates social pension—Expanded Senior Citizens Act—had been passed 11 years ago, Villanueva said. “The value of P500 now is not the same as the value of P500 back then,” he added.

READ: PH senior citizens in a time of pandemic 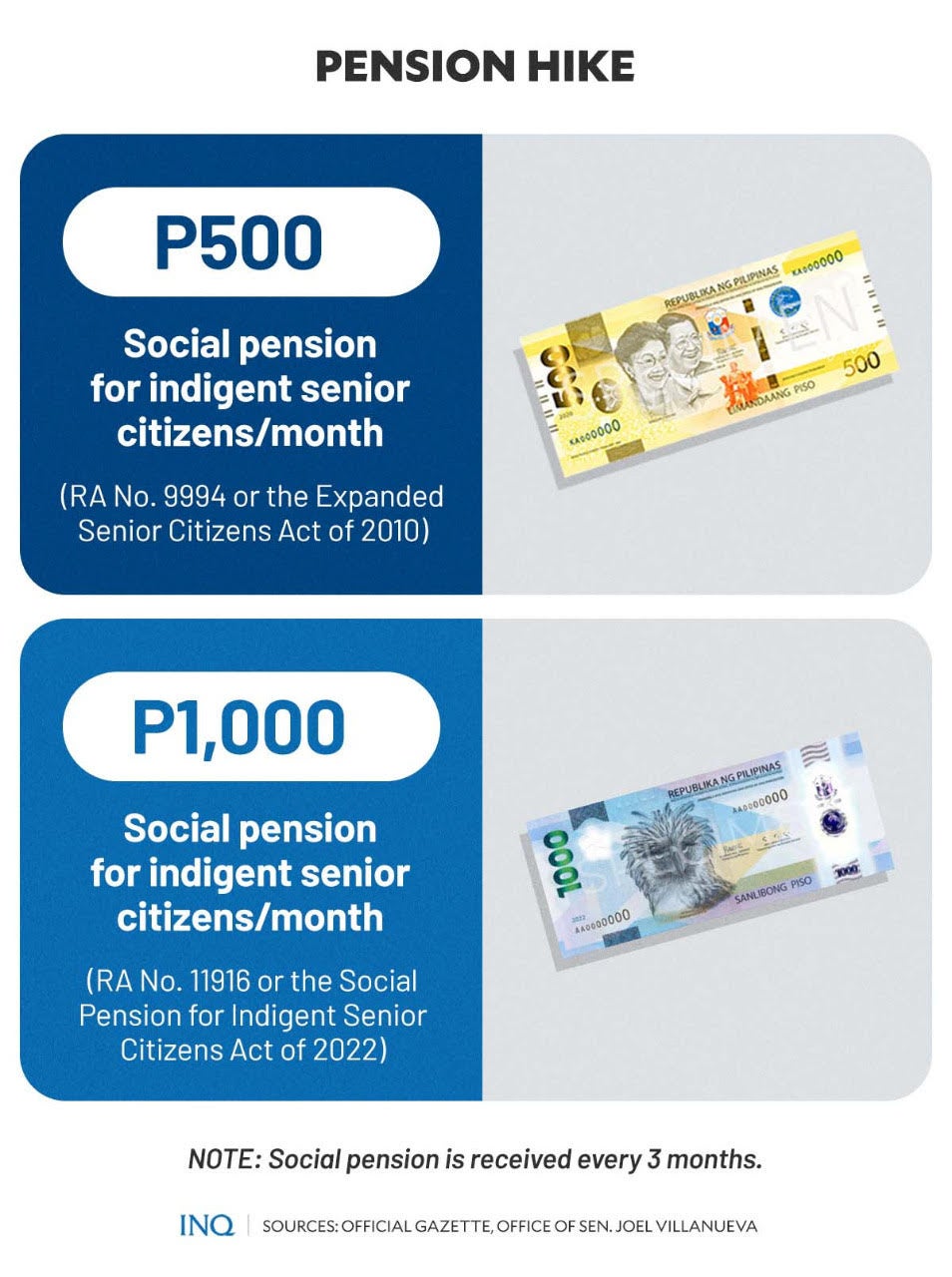 Villanueva said his consultations gave inputs that most of the elderly don’t think that P500 is enough, especially for those who have existing illnesses that require maintenance medicine, like losartan and amlodipine.

Villanueva said the COVID-19 crisis highlighted the need to increase the social pension of indigent senior citizens: “P500 is really very small, especially if we take into account the increase of prices over the past decade.”

The PSA said on Friday (Aug. 5) that inflation hit 6.4 percent last month, higher than June’s 6.1 percent, because of faster increases in the prices of meat and fish, gasoline and transport, and electricity.

Villanueva said that the consumer index since the Expanded Senior Citizens Act was signed into law in 2010 has risen to 38 percent.

RA No. 9994 provides that the social pension for senior citizens should be reviewed every two years, in consultation with the Department of Social Welfare and Development (DSWD).

One of the pensioners is Arnulfo Mupas, a 75-year-old farmer in Moncada, Tarlac. He said that while he is receiving P1,500 every three months—since social pension is distributed quarterly—he still needs to work to make ends meet.

(I’m living with my wife and one of my children, so I still go to work because P500 a month is really not enough for our basic needs, especially now that the prices of basic commodities are rising.) 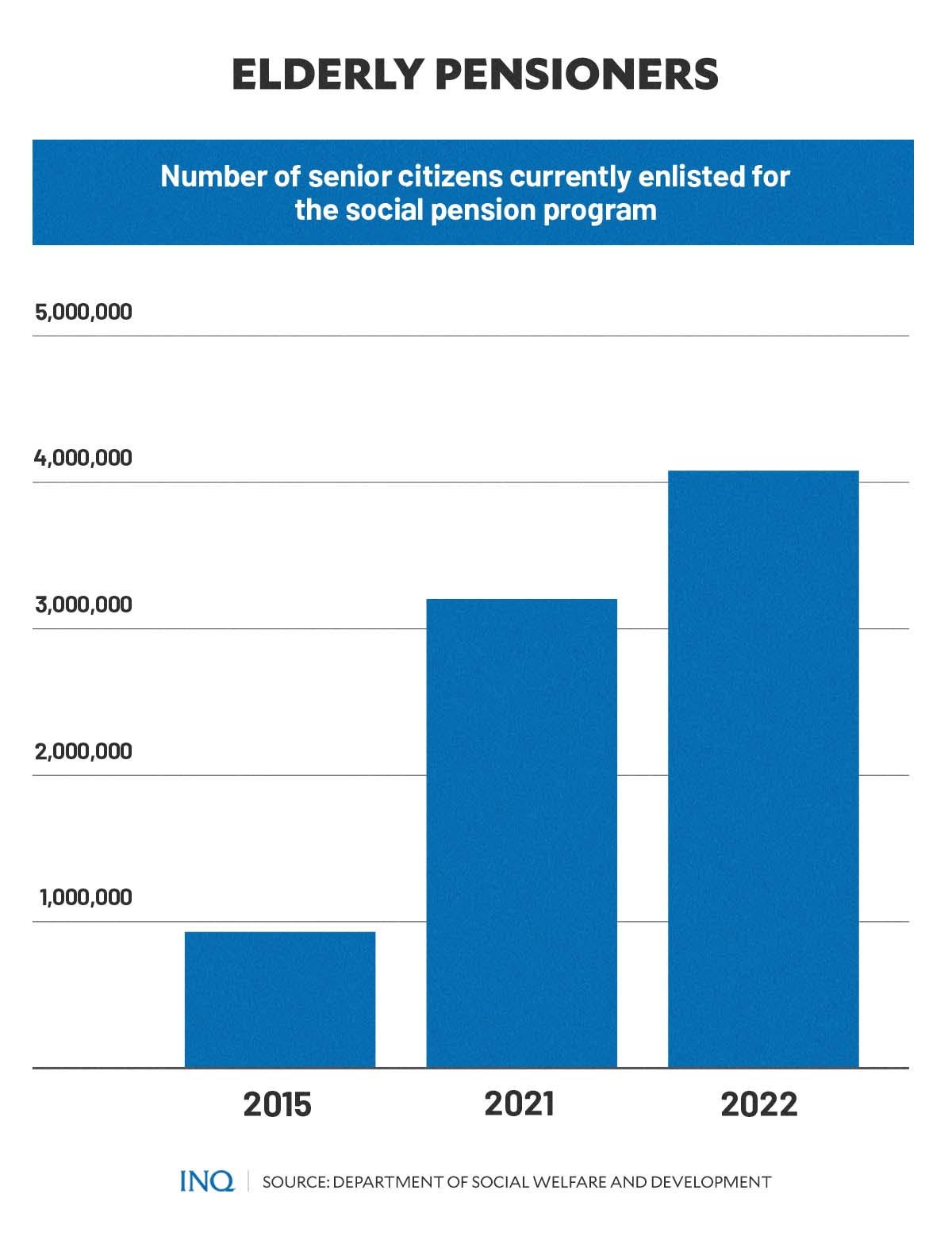 Villanueva said when he sponsored the bill to raise the monthly seniors’ pension to P1000, it was an expression of appreciation to the elderly for their “immeasurable contribution to our community.”

According to data from the DSWD, out of the 12.3 million elderly Filipinos, 3.8 million are indigent. However, Ibon Foundation’s Sanny Afable wrote in a blog for ABS-CBN News that over 800,000 or 9.1 percent lived below the poverty threshold of P71 a day in 2018.

“For a nation that sincerely values the elderly, I think an additional P500 social pension is not too much to ask,” Villanueva, who stressed that the legislation is consistent with the Sustainable Development Goals, said.

As the bill lapsed into law on July 30, Villanueva said the legislation is a “great legacy” of the 18th Congress, while Sen. Sonny Angara said “it’s time to give back” to people who have contributed a lot to the community.

“We are thankful that the bill seeking to add social pension for our senior citizens was already passed into law, making it P1,000 a month,” Angara, who promised that the Senate will make certain that the law will be implemented well, said.

Based on the communication sent by Malacañang to Senate President Juan Miguel Zubiri, RA No. 11916, or the Social Pension for Indigent Senior Citizens Act of 2022, was only one of the more than 100 bills that lapsed into law.

The new law, which will increase the monthly social pension of poor senior citizens, directs the National Commission on Senior Citizens to distribute the cash aid instead of the DSWD.

It was on May 31 when the House of Representatives adopted the Senate version of the bill, which was approved on final reading on May 30. It meant that there was no longer a need for a bicameral conference committee to settle disagreeing provisions.

The law now provided options other than cash payout for the social pension, the transaction fee of which will not be charged to the recipient. Currently, the cash aid is distributed by DSWD field offices every three months.

Villanueva said that based on the “eligibility criteria” of the DSWD, senior citizens who are eligible for the government’s social pension program are the following:

The law also provides that private establishments with senior citizens as employees shall be entitled to an additional deduction from their gross income, equivalent to 15 percent of the total amount paid as salaries and wages to the elderly.

“We count on concerned agencies to put in place a system that would make the monthly stipend released in the most expeditious and efficient manner, and ensure that no eligible beneficiary is deprived,” Sen. Grace Poe said.

However, while Deputy Speaker Rep. Ralph Recto thanked Malacañang for allowing the bill to become law, he said the executive and the legislative branches of government should work together on how to fund it. 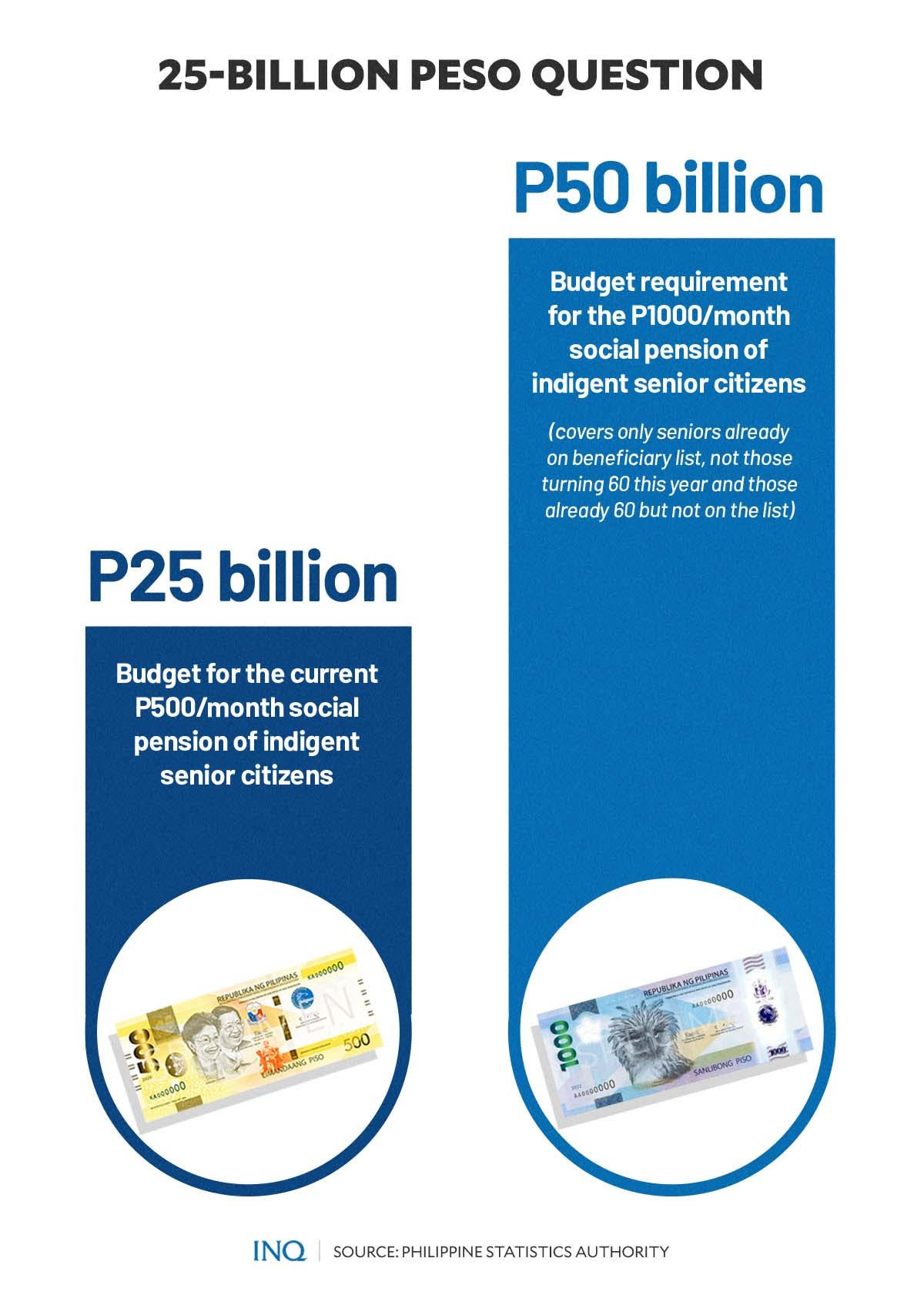 He stressed that from the current P25 billion budget for the social pension program, the funding would now be P50 billion a year. “So this is the P25-billion-question,” Recto said.

The estimate, however, covers only the elderly who are already on the program’s list. It does not count those who would turn 60 this year as well as seniors who have been left out of the list.

“One estimate pegs at P60 billion the amount needed to enroll all qualified beneficiaries, including pensionadas denied of this old-age safety net,” the lawmaker said.

In Western Visayas, for instance, an additional 14,700 indigent senior citizens have been added to the list, increasing the number of recipients to 380,608 from 365,908 last year.

“If no funding provision will be made in next year’s proposed appropriations, which is understandable as the budget preparation by the executive is now at its last mile and only the finishing touches are being applied, then it will be up to Congress to save the law from ending up as an unfunded mandate,” Recto said.

But Villanueva said he is expecting to get appropriations for the law with revenues from the Philippine Amusement and Gaming Corporation and Philippine Offshore Gaming Operators.

Based on a policy note by the Philippine Institute for Development Studies (PIDS), “providing a monthly allowance to indigent senior citizens is a good response to improving the plight of seniors among the poor and vulnerable.”

However, inclusion, exclusion, and targeting errors persist, even after the revalidation of lists of program recipients in 2018. Some of the program’s officials recognized that the inclusion of senior citizens, when they should not be, “inflates” the budget requirement.

The PIDS shared that one senior citizen claimed that some beneficiaries do not meet the criteria of indigency as prescribed by law, but become recipients either because they “exert clout in the community or are relatives of those who work in the barangay.” 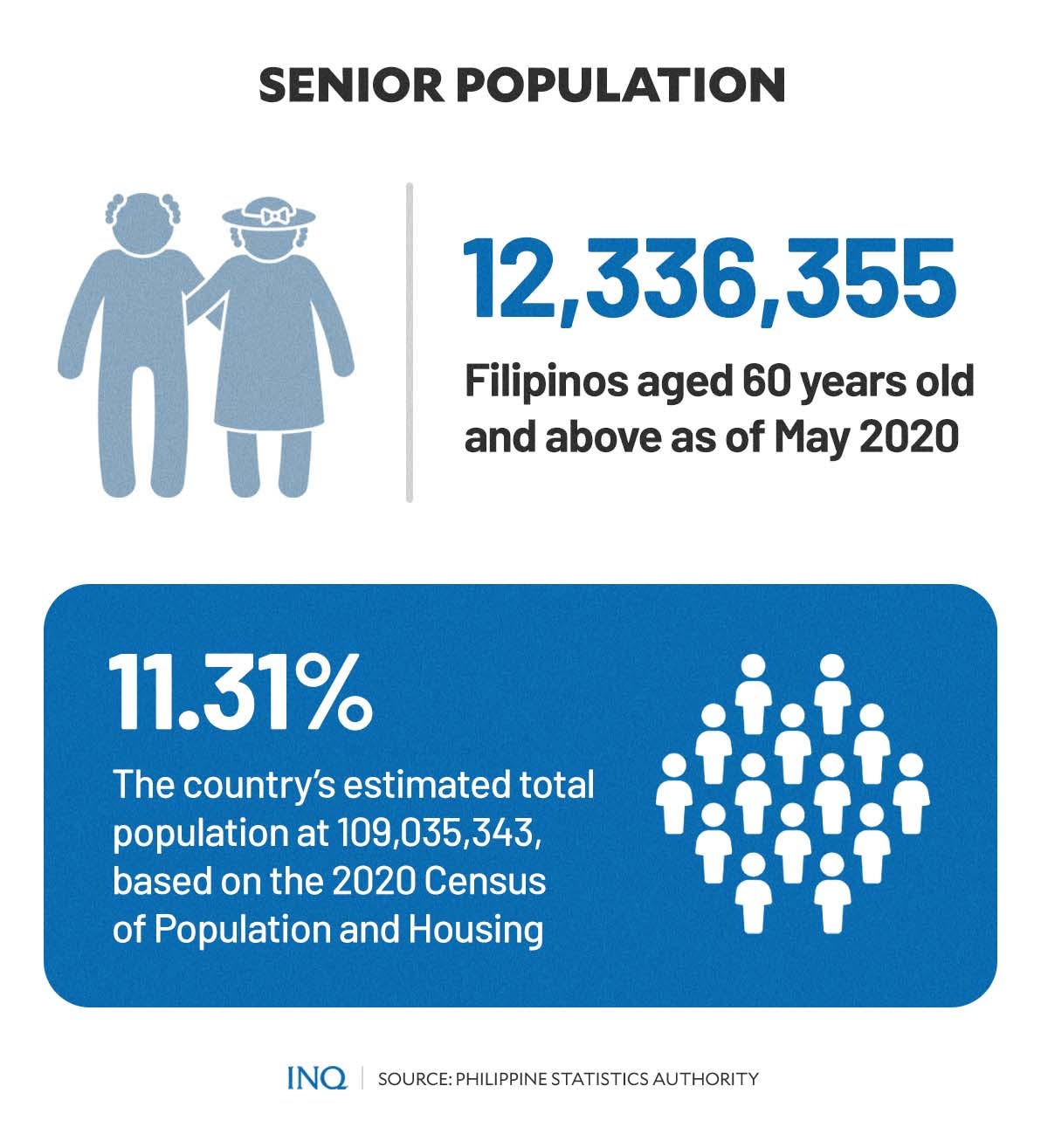 In Metro Manila, “some waitlisted applicants were informed verbally that they had qualified but not told about when they will begin to receive the cash assistance, while some were rejected outright.”

The PIDS said strategic policy actions, such as strengthening monitoring and evaluation mechanisms and relinking the definition of indigency to levels of income of senior citizens to prevent gaming of the system, need to be adopted.