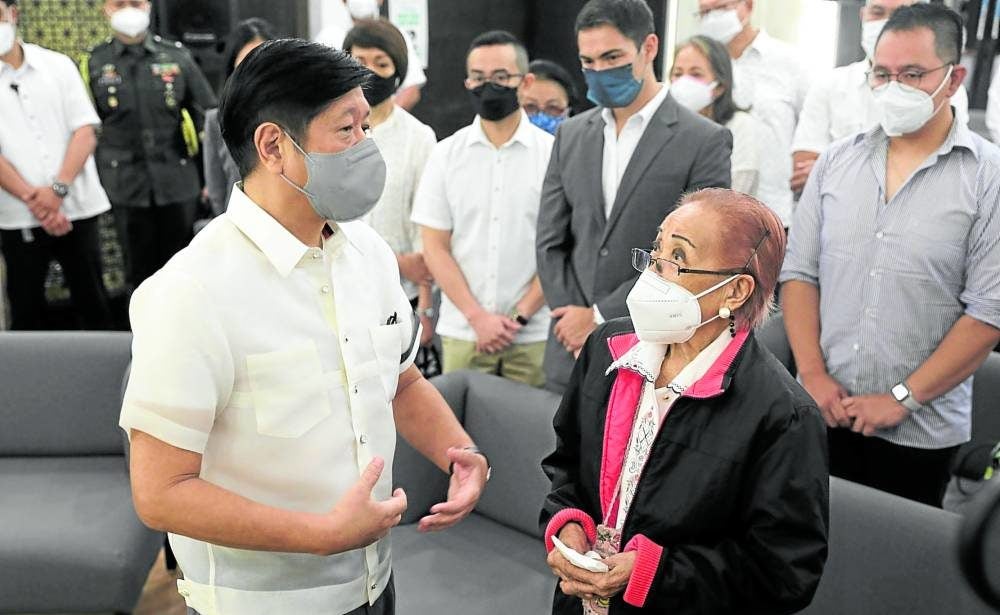 Speaking to reporters after he paid his last respects to the former president, Marcos Jr. said he told former first lady Amelita Ramos that her husband was “a symbol of stability after all the tumultuous events of 1986.”

Ramos is considered a hero of the 1986 People Power Revolution that toppled the two-decade rule of the President’s father, deposed strongman Ferdinand E. Marcos.

The President arrived past 10:30 a.m. and was accompanied by Executive Secretary Victor Rodriguez and Special Assistant to the President, Secretary Antonio Lagdameo Jr. Ahead of his visit, Marcos Jr. sent a funeral wreath on Wednesday night.

Ramos died at the Makati Medical Center on July 31 at the age of 94.

“We clearly have suffered a loss for our country. But the memories of him will be good because of all the good work he did for the Philippines,” Marcos Jr. said, referring to the former president, also popularly known by his initials, FVR.

Marcos Jr. also described the wake as a “family event,” since Ramos was a cousin thrice removed.

Ramos’ grandmother, Crispina Marcos-Valdez, was a sibling of the President’s great-grandfather, Fabian Marcos. Marcos Jr. said he offered condolences to Ramos’ wife, popularly called Ming, who will turn 95 years old in December, and spoke about how Ramos brought “calm” and “stablility” after the 1986 People Power Revolution.

“Thank you very much for coming,” Ming Ramos said. “I realized we have so many friends. He (Ramos) worked hard. We also tried to work hard, and now he deserves the rest that he needs.”

Ramos is scheduled to be inurned on August 9, 10 a.m., at the Libingan ng mga Bayani, where all former presidents of the Philippines are entitled to be buried.

Aside from being a career military official and former commander in chief, Ramos also served as a young officer in the Philippine Expeditionary Force sent to Korea in the 1950s. The President declared a 10-day period of national mourning from July 31 to August 9 following the death of Ramos and ordered, in Proclamation No. 33, that the national flag to be flown at half-staff in all government offices during the period of mourning.

“It is fitting to devote a period of national mourning to pay tribute to an esteemed leader who has dedicated his life to public service and has left a lasting mark on our country,” Marcos Jr. said.