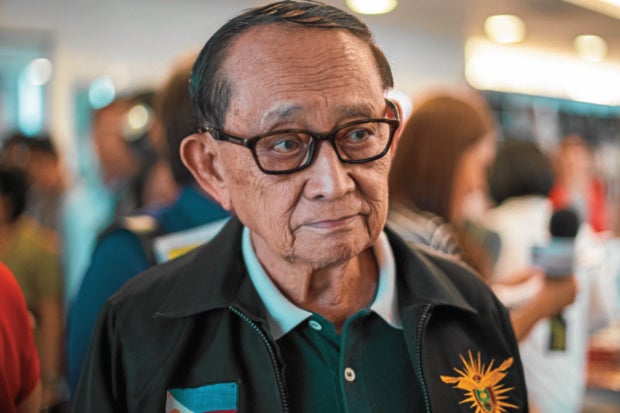 MANILA, Philippines — A 10-day “Period of National Mourning” has been declared following the death of former President Fidel V. Ramos.

President Ferdinand Marcos Jr. issued on Sunday an order proclaiming July 31 to August 9 as days of mourning and directing all government buildings and installations across the country and abroad to place the Philippine flag at half-mast during the period.

“The death of Fidel V. Ramos, the twelfth President of the Philippines, is a great loss to our country and the Filipino people,” Marcos Jr.’s proclamation reads.

“It is fitting to devote a period of national mourning to pay tribute to an esteemed leader who has dedicated his life to public service and has left a lasting mark on our country,” he added.

Marcos’ proclamation was in accordance with Republic Act No. 8491, or the “Flag and Heraldic Code of the Philippines,” which states that the flag shall be flown at half-mast as a sign of mourning for 10 days from the day of the official announcement of the death of a former President. 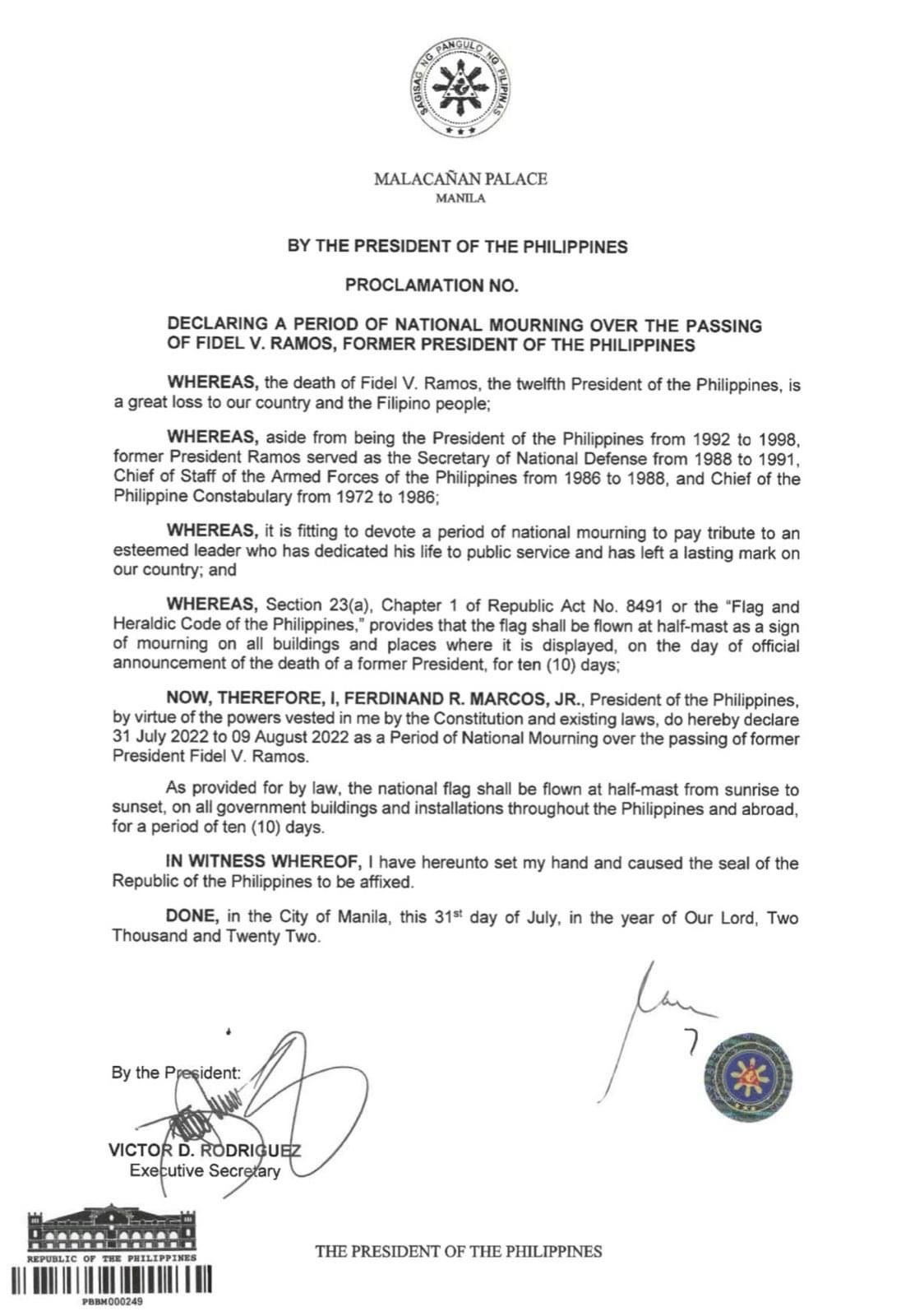 From the Facebook page of the Office of the President