8 hurt as car falls into ravine in Tabuk City 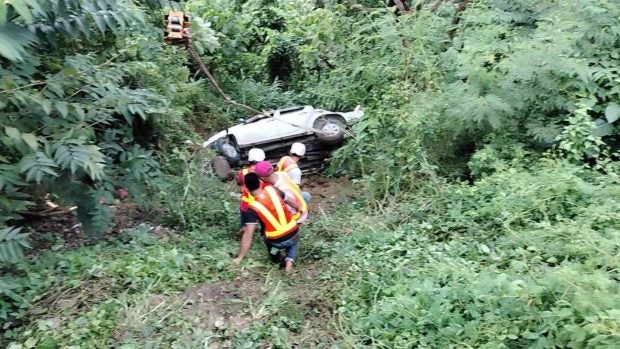 Rescuers on August 3 help save victims of a fallen car into a ravine in Tabuk City, Kalinga province. Photo courtesy of PDRRMO-Kalinga)

The victims were on their way home after holding team-building activities at a resort when a rock fell from a roadside hill, forcing the driver to swerve to the other side, which led to the car plunging into the ravine.

Rescue workers responded to the accident and brought the victims to the Kalinga Provincial Hospital and Juan Duyan District Hospital. INQ

2 hurt as dump truck falls into ravine in Kalinga