2 hurt as dump truck falls into ravine in Kalinga 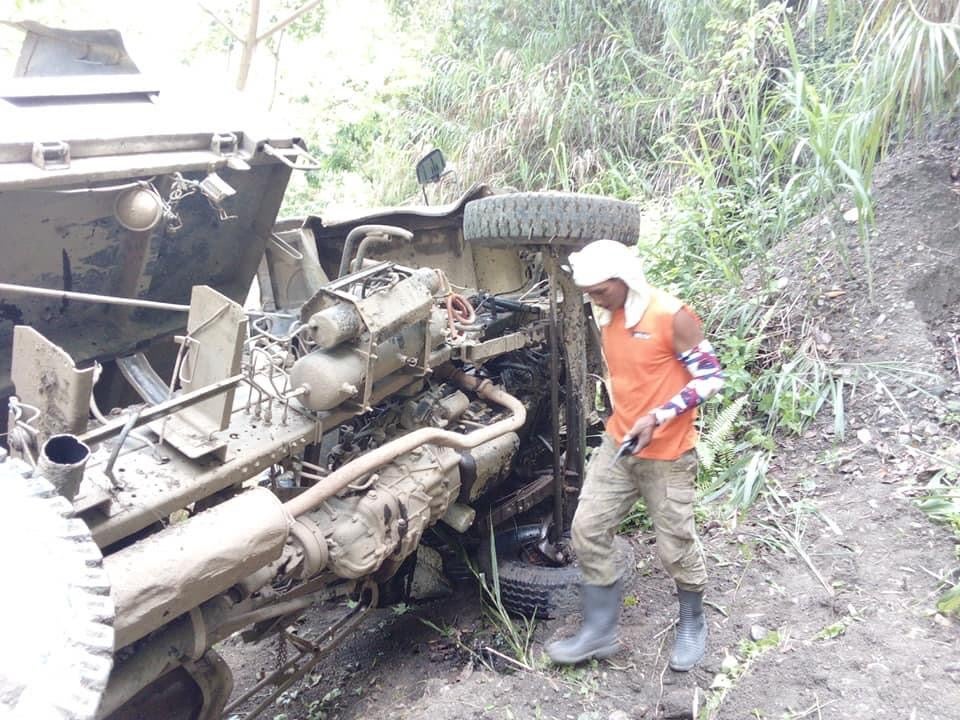 A villager responds to the scene, where a dump truck fell and left its driver and his helper injured. A portion of the road had been eroded by rains, causing the truck to plunge into a ravine at Barangay Lower Taloctoc in Tanudan, Kalinga on Monday. (Photo courtesy of Regino Wacas)

Regino Wacas, who chanced upon the accident, sought help from rescue personnel to immediately take the two men to a hospital.

Wacas told the Inquirer that the victims, both workers of a hardware company, were on their way to deliver the concrete aggregates to a client when they figured in the accident.

A part of the provincial road in Barangay Lower Taloctoc had been eroded by the incessant rains in the past nights, Wacas said.

The truck’s heavy load could have been a factor in the accident, according to the rescuers. INQ