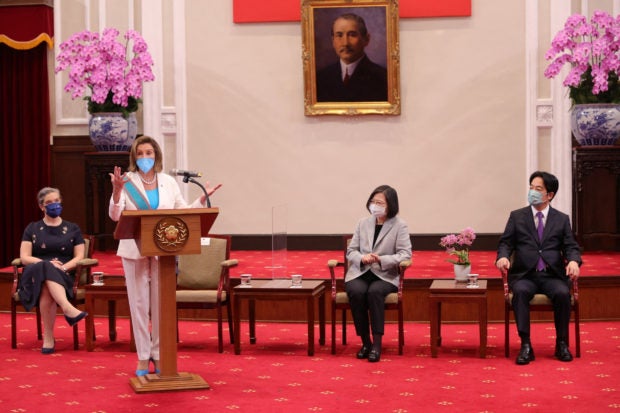 Russian Foreign Minister Lavrov said on Wednesday that a visit to Taiwan by U.S. House of Representatives Speaker Nancy Pelosi was a deliberate attempt by Washington to irritate China.

Speaking on a visit to Myanmar, Lavrov criticized the United States and said it was acting with impunity.

“I see no other reason to create such an annoyance almost out of the blue, knowing very well what it means for the People’s Republic of China,” Lavrov said.

Pelosi’s arrival on Tuesday in Taiwan prompted a furious response from Beijing at a time when international tensions are already elevated by the conflict in Ukraine.

Russia has come out in support of China, with whom it has forged a strong partnership in recent years, and has warned Washington that Pelosi’s visit puts it on a collision course with Beijing.

Moscow and Beijing both adhere to the ‘One China’ principle, recognising Taiwan as part of China and opposing independence for the island.

China has rights to take measures to protect ‘sovereignty’—Moscow