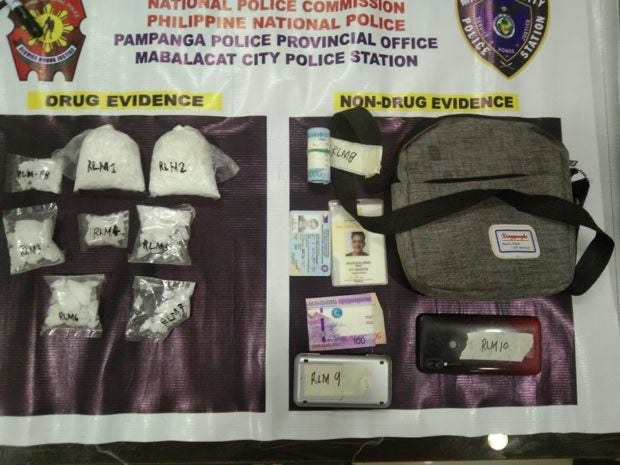 MABALACAT CITY, Pampanga—Policemen arrested three drug suspects, who allegedly yielded some P1,700,000 worth of “shabu” (crystal meth), during a buy-bust operation on Monday, August 1, in Dau village in this city.

In a statement Tuesday, the Pampanga police identified the arrested suspects as Visitacion Ornido, 47; Nympha Compahinay, 50; and Renato David, 58.

The three were arrested after selling a small sachet of shabu to an undercover police officer.

The police allegedly seized from the suspects some 250 grams of shabu.

The suspects face charges for violating the Comprehensive Dangerous Drugs Act of 2002. INQ