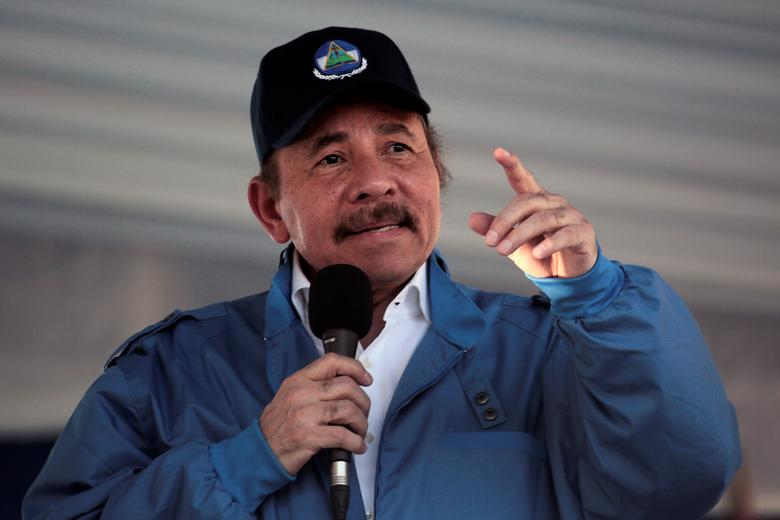 Nicaragua’s President Daniel Ortega speaks to supporters during an event to commemorate the 40th anniversary of the taking of the national palace by the sandinistas guerrilla at 1978, in Managua, Nicaragua August 22, 2018. REUTERS FILE PHOTO

The Nicaraguan government ordered the closure on Monday of seven Catholic radio stations linked to a bishop who has been critical of the country’s president, Daniel Ortega.

Bishop Rolando Alvarez, who serves as the radio’s coordinator and leads the remote northern Matagalpa diocese, announced the closures on Monday.

“All our radio stations have been closed, but they will not cancel the word of God,” Alvarez said on Twitter.

The Nicaraguan telecommunications agency said the radio stations did not meet the technical requirements to be on air, but did not specify what those requirements were.

Ortega has become increasingly isolated and condemned internationally for leading a political crackdown in the Central American country since he returned to power 15 years ago.

Relations between the Catholic Church and the Ortega government have deteriorated since 2018 when there were sustained protests against the president’s rule and a subsequent crackdown by the government.

In the northern town of Sebaco, protests erupted after a priest, Uriel Vallejos, refused to hand over the radio equipment and asked parishioners for help via a live video stream on Facebook.

Videos shared on social media showed Nicaraguan police firing shots into the air and tear gas on Monday night, before taking control of the parish and the radio station.

Vallejo took refuge in the parish house and, as of Tuesday morning, was still locked inside with eight accompanying parishioners, according to a tweet sent by the priest.

Vallejos said that authorities had cut off his electricity, injured two parishioners and detained several young people who had responded to his call for help.