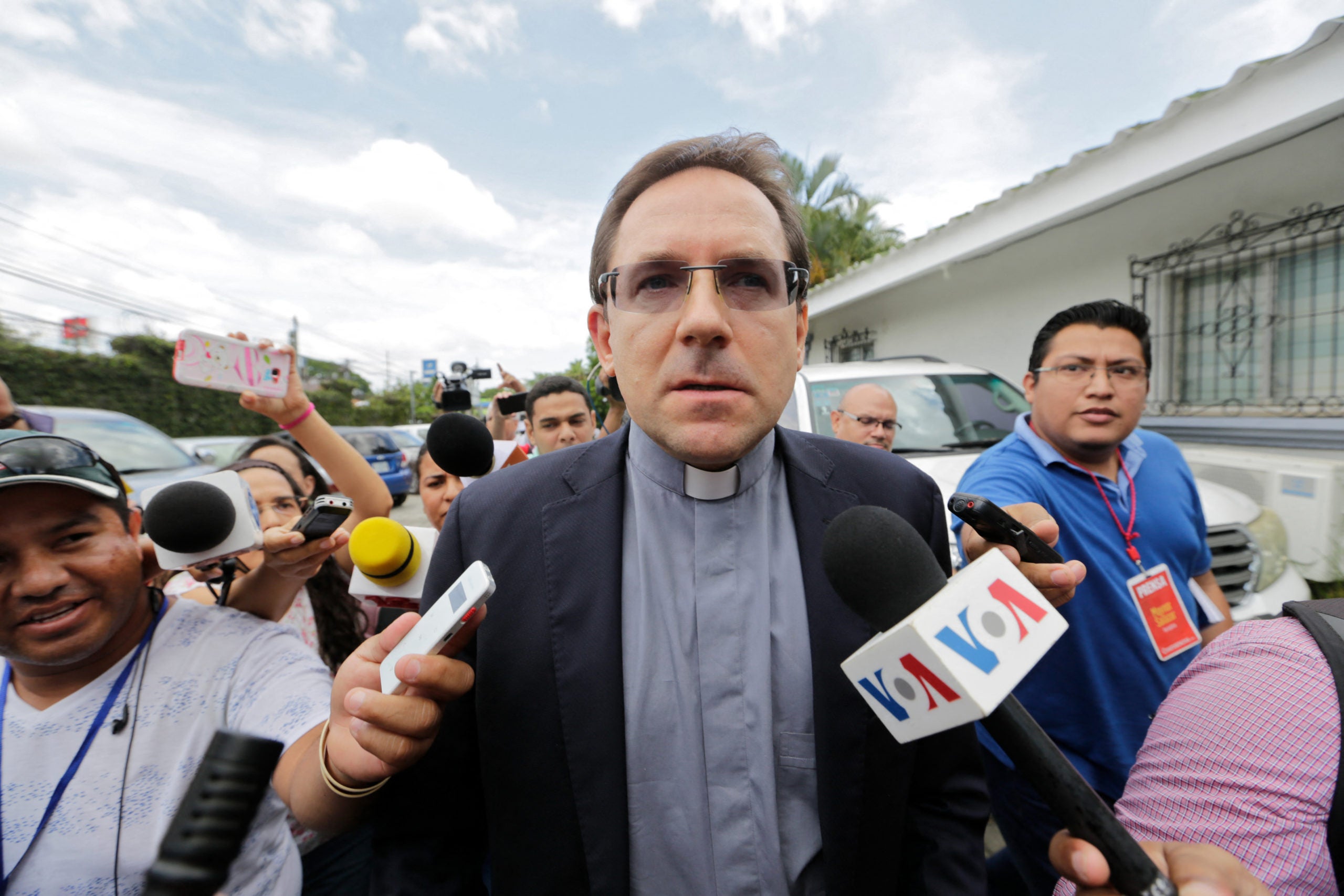 (FILES) In this file photo taken on April 23, 2019 The Apostolic Nuncio of Nicaragua Stanislaw Waldemar Sommertag addresses the press after holding a meeting with witnesses and guarantors of the “National Dialogue” between the government, members of the opposition and the Catholic Church, to tackle the political and economic crisis roiling the Central American nation, in Managua.  (Photo by iNTI OCON / AFP)

ROME — The Vatican said Saturday its envoy to Nicaragua had been ordered to leave by President Daniel Ortega’s government, expressing “surprise and regret” at what it called an “unjustified” move.

The head of Nicaragua’s bishops conference, Carlos Herrera, told Canal 10 television on Tuesday that “relations were not good” between Sommertag and the government and suggested Pope Francis probably asked him to resign.

But in a statement, the Vatican said it had received “with great surprise and regret” notification that the government had withdrawn approval for Sommertag, “requiring him to immediately leave the country.”

It said the order was “incomprehensible” given his “dedication” to the Catholic Church and the people of Nicaragua, adding that he had always sought to foster “good relations” with the government.

The Vatican said it believed “the serious and unjustified unilateral move does not reflect the sentiments of the deeply Christian people of Nicaragua.”

Sommertag took up his post in 2018, a time of anti-government protests in Nicaragua that were met with a brutal crackdown that rights organizations said left 355 dead.

Ortega accused the influential Catholic Church of taking part in a plot to overthrow him, but it nevertheless played a mediating role in the crisis.

The Vatican noted Sommertag’s mediating role in 2019 in talks between the government and the opposition alliance, which ended in deadlock.

Ortega, 76, was re-elected to a fourth consecutive term in November elections dismissed as an undemocratic “farce” by the international community, which tightened sanctions in response.