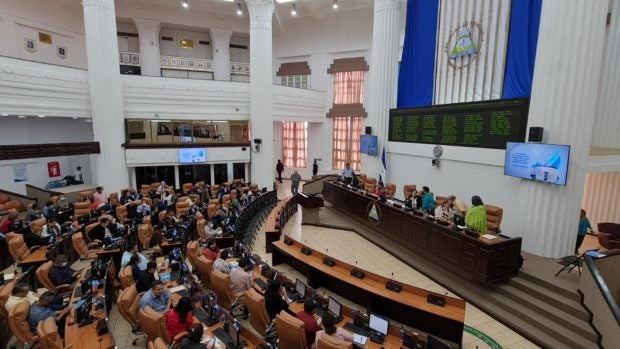 MANAGUA, Nicaragua — Nicaragua’s parliament on Tuesday gave the go-ahead for Russian troops to be allowed into the country for joint military exercises despite concerns from Washington.

The chamber, dominated by allies of President Daniel Ortega, voted to allow troops and military hardware from Russia, the United States, and seven Latin American countries into Nicaragua.

Ortega had submitted a decree to parliament for approval, authorizing foreign troop participation “in an exchange of experience, training exercises, and humanitarian aid operations.”

Allowing for the entry of foreign military personnel as well as ships and aircraft, the decree lists naval and air force exercises to fight drug traffickers and international organized crime.

The United States on Monday imposed fresh sanctions on Nicaraguan officials for the holding of “over 180 political prisoners, with many suffering from a lack of adequate food, proper medical care and even sunlight.”

Ortega is a former Marxist firebrand who ousted dictator Anastasio Somoza and fought off US-backed Contra rebels in a bloody war in the 1980s.

He returned to office in 2007 and has been accused of growing authoritarianism, jailing opponents before he won another term last year.

US President Joe Biden refused to invite Ortega or the leftist leaders of Cuba and Venezuela to a Summit of the Americas last week.

“Countries will make their sovereign decisions. However, the idea that Russia would be a good partner when it comes to law enforcement issues or when it comes to humanitarian assistance, shall we say, does not meet the credibility test,” he said.

Several Nicaraguan officials on Tuesday rejected US warnings about allowing Russia — busy waging a war on Ukraine — to gain a foothold in the Americas.