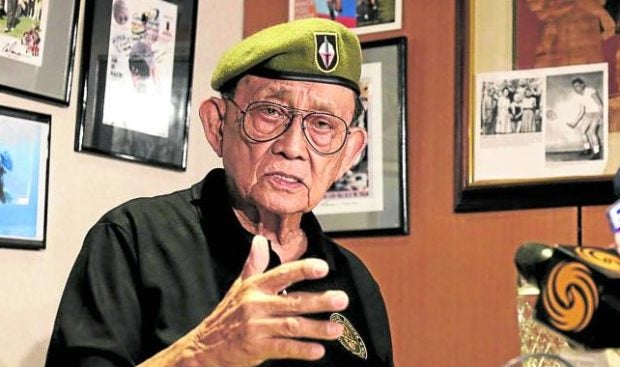 MANILA, Philippines — The Philippine Red Cross (PRC) has joined the outpouring of condolences for the family of late former President Fidel Ramos, who they remember as a humanitarian and also a regular blood donor.

“He may be gone but his humanitarian spirit will forever live on not only as a memory but as an aspiration for future generations,” the PRC said in a statement.

The PRC noted that Ramos was a regular blood donor since 1954.

“Being a serviceman, he appreciated the value of blood during emergencies and had been a regular door since 1954,” the organization also said. “If it were up to him, Pres. Ramos would have kept on donating blood, and Chairman [Richard] Gordon would fondly joke that his blood should be in a museum.”

Ramos, the Philippines’ 12th president, died on Sunday at the age of 94.

The wake of the late former President is set to start on Thursday, August 4 until August 8, according to his family.