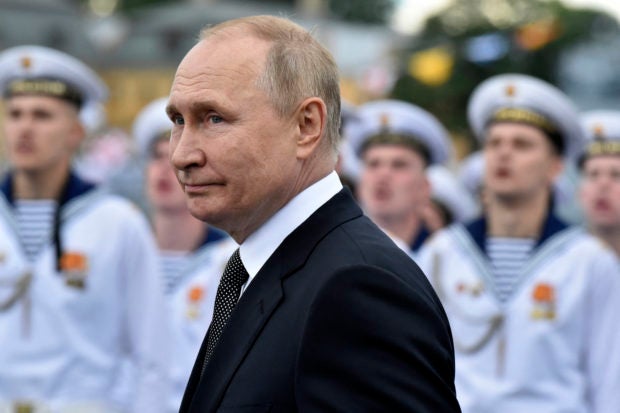 MOSCOW — Russian President Vladimir Putin said on Monday that there could be “no winners” in a nuclear war and it should “never be unleashed.”

He made the statement as a review of the keystone nuclear treaty opened at the United Nations.

In an address to the Tenth Nuclear Proliferation Treaty (NPT) Review Conference, Putin insisted that Russia remained faithful to the treaty’s “letter and spirit.”

“There can be no winners in a nuclear war and it must never be unleashed,” he said.

Ties between Russia and the West have been unravelling since Putin sent troops to pro-Western Ukraine on February 24.

On Monday, the United States, Britain and France rebuked Russia for “irresponsible and dangerous” talk about possibly deploying nuclear weapons.

Since the start of Moscow’s military intervention in Ukraine, Putin has made thinly veiled threats hinting at a willingness to deploy Russia’s tactical nuclear weapons, which Russian military doctrine holds can be used to force an adversary to retreat.

Russian state propaganda has also argued for using nuclear weapons in the conflict.

In May, Russian editor and Nobel Peace Prize laureate Dmitry Muratov warned that the Kremlin’s “propaganda warriors” were striving to make nuclear weapons use more palatable to the Russian public.