MANILA, Philippines — A 5.6-magnitude earthquake rocked waters near Sultan Kudarat on Tuesday afternoon, according to the Philippine Institute of Volcanology and Seismology (Phivolcs).

At around 1:24 p.m., state seismologists recorded the earthquake with its epicenter located northwest of Lebak, Sultan Kudarat.

It was tectonic in origin and had a depth of 36 kilometers, Phivolcs added. 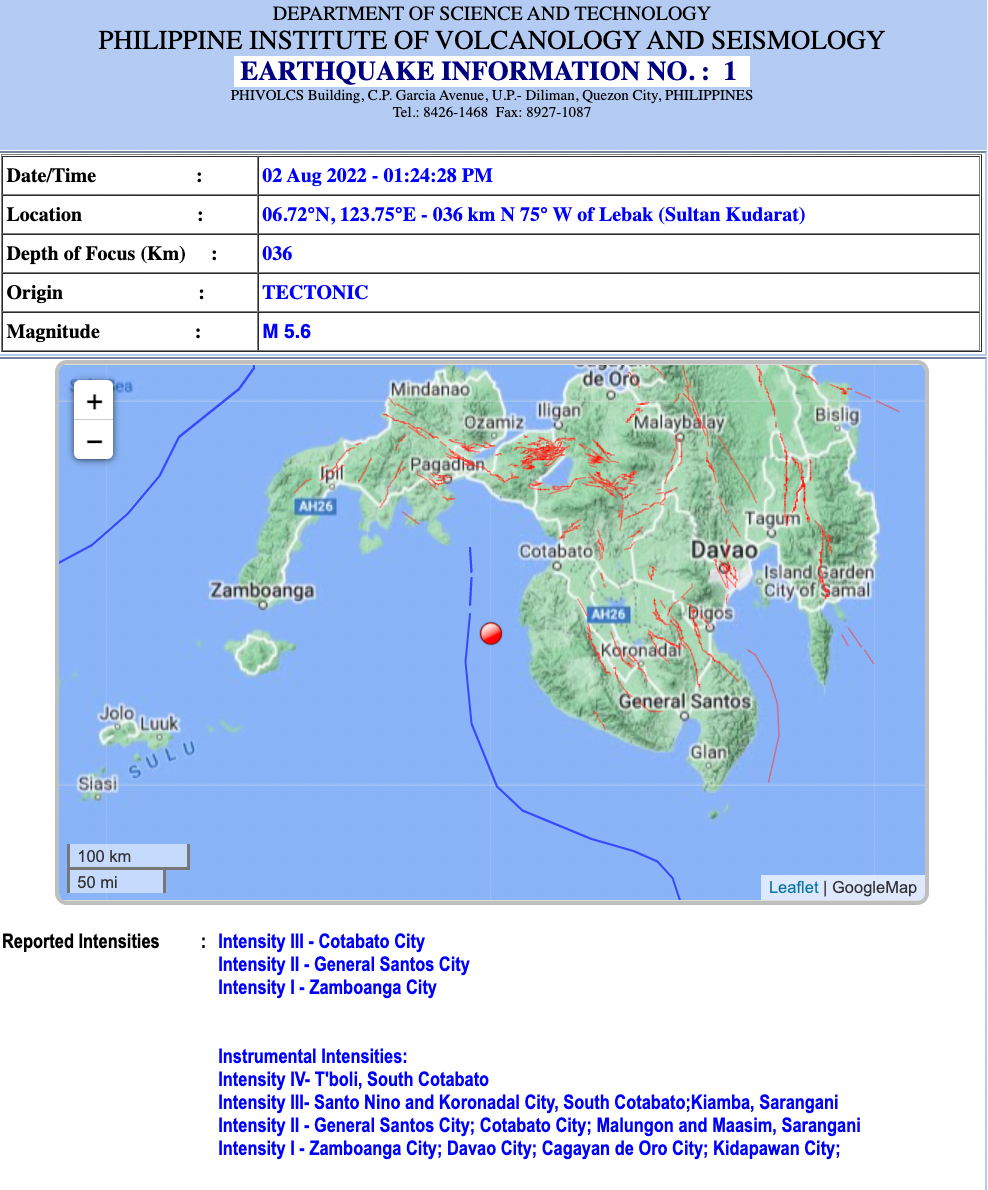 According to the agency, Intensity III — characterized by “weak” shaking — was felt in Cotabato City, while Intensity II or “slightly felt” vibrations were encountered in General Santos City.

Zamboanga City, on the other hand, experienced Intensity I or “scarcely perceptible” shaking from the quake.

Instrumental Instensities were likewise reported in the following areas:

Aftershocks are possible, but significant damage is not expected, Phivolcs also noted.