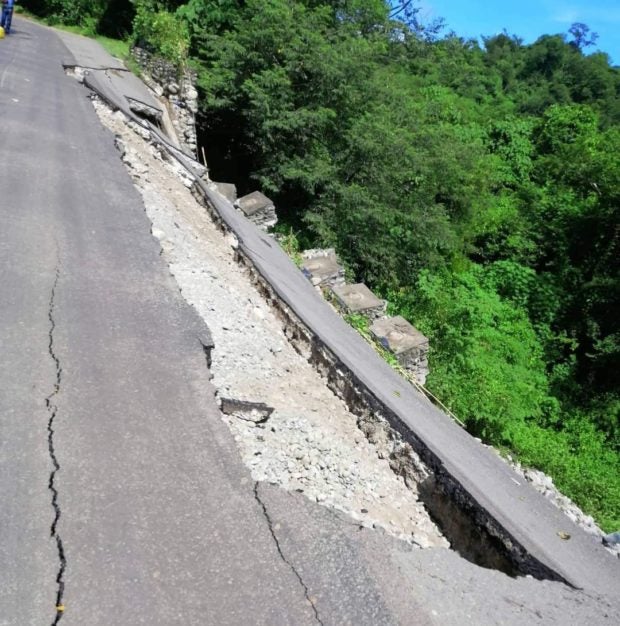 FILE PHOTO: One lane is only passable along Abra-Ilocos Sur National Road as it was badly damaged by the strong earthquake. (Photo by San Quintin DRRMO)

MANILA, Philippines — The damage sustained on agricultural infrastructures in the Cordillera Administrative Region and the Ilocos Region due to the strong earthquake that hit Northern Luzon last week has reached about P44.2 million, the Department of Agriculture (DA) said on Tuesday.

The damage included those sustained in a communal irrigation system in the area, as well as a diversion dam, DA Usec. Kristine Evangelista said.

(The damage has reached P44.2 million, including the damage on farm-to-market roads, communal irrigation system, and a diversion road.)

However, for now, the DA is still validating the worth of damage sustained on agricultural crops.

Agri products in Benguet back to pre-quake prices

Evangelista said prices of agricultural products in Benguet, one of the areas hit by the earthquake, have returned to pre-disaster prices.

She said even the inflow and outflow of agricultural commodities have returned to normal.

Evangelista said the DA is coordinating with the trading posts in Benguet, especially since 92% of highland vegetables in Metro Manila are sourced from the said province.