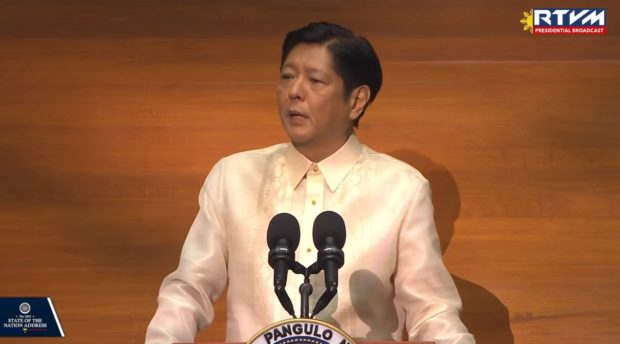 (Each one is encouraged to join in intellectualizing the Filipino so that we can change our mindset and see that speaking in foreign language is not the sole measure of intelligence.)

(Our future will be brighter if we will push with pride our national language.)

Marcos reminded the public that the Filipino language is not limited to Tagalog, but rather a collection of different dialects in the entire country.

(Now more than ever, we need to keep our linguistic foundation strong because it is our own language that will be a measure of developing our culture while we go with the changing times.)

(Put in our minds and hearts that it is only us who can strengthen our language that is essential in our identity.)

The National Language Month, or “Buwan ng Wikang Pambansa” is celebrated in August pursuant to Proclamation No. 1041 signed by former President Fidel V. Ramos on July 15, 1997.

The celebration coincides with the birth month of the late President Manuel L. Quezon, known as the father of the Philippine national language, who was born on August 19, 1878.

Did You Know: August is National Language Month

Read Next
P258,000 shabu seized from 4 drug suspects in Batangas, Rizal
EDITORS' PICK
House energy committee chair Arroyo bats for cheap electricity
Why Tagle is a leading papal contender
KWF has no power to ban, censor written works – Lagman
Powered by style, innovation and passion
A laptop that maximizes your WiFi so you can maximize your productivity
In Borongan, nuns play hoops (not mahjong)
MOST READ
Why Tagle is a leading papal contender
Zubiri on SRA mess: Shameful, disgusting
SRA officials should resign after ‘illegal sugar order’ – Zubiri
Arjo Atayde reveals proposal to Maine Mendoza was ‘more than a year’ in the making
Don't miss out on the latest news and information.