Asean foreign ministers to push for tougher action on Myanmar 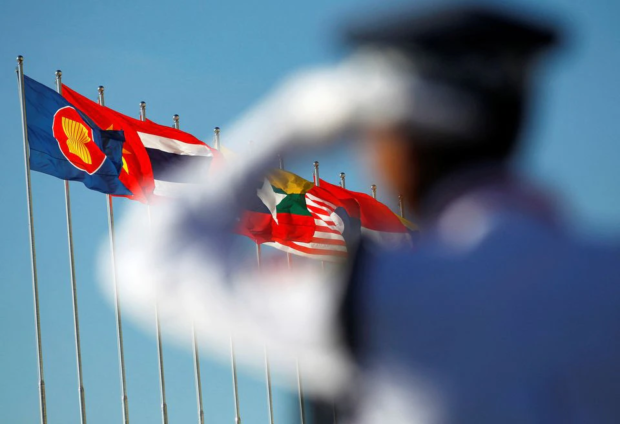 Phnom Penh, Cambodia — Malaysia is set to lead a push for tougher action on Myanmar when a regional bloc of foreign ministers meet this week, as anger mounts at the junta for stonewalling crisis resolution efforts.

Myanmar has been in chaos since a putsch in February last year and the death toll from the military’s brutal crackdown on dissent has passed 2,100, according to a local monitoring group.

Ministers meeting in Phnom Penh from Wednesday are expected to lament the lack of progress on ASEAN’s “five-point consensus” plan, agreed to in April last year, which called for an immediate end to violence and dialogue between the junta and coup opponents.

As well as voicing “deep concern” about recent developments and calling for restraint, the ministers will also demand “concrete actions to effectively and fully implement the Five-Point Consensus,” according to a draft communique obtained by AFP.

After more than a year of no progress on the plan, Malaysia will present a framework for its implementation, even as critics deride the ASEAN as a toothless talking shop.

“The key element of the framework is there must be an end-game. You have to have an end-game. What is the end-game of the five-point consensus?” Malaysian Foreign Minister Saifuddin Abdullah told AFP.

Within the bloc, frustrations are growing after the Myanmar junta went ahead with its first executions in decades despite personal pleas from Cambodian Prime Minister Hun Sen.

“It shows the junta is making a mockery of the (consensus plan),” Saifuddin wrote in a weekend newspaper article.

A senior ASEAN diplomat told AFP he does not expect any country to go as far as calling for Myanmar’s expulsion from the bloc.

But some members, led by Malaysia and the Philippines, want to bar the military regime from sending ministers to all ASEAN meetings — including November’s summit — until there is progress on the five-point plan.

“Political appointees of the administration, especially the military administration are not welcome,” the Philippines’ Assistant Foreign Secretary for ASEAN Affairs Daniel Espiritu said.

Myanmar’s top diplomat, Wunna Maung Lwin, has not been invited to Phnom Penh and was also left out of a foreign ministers’ retreat in February, while junta leader Min Aung Hlaing was snubbed at a leaders’ summit last year.

“Even North Korea is welcome at this forum but the Myanmar junta isn’t… it has to be recognized just how isolated Myanmar is, even in its neighborhood,” said Aaron Connelly, a Southeast Asia specialist at the International Institute for Strategic Studies.

Along with the Ukraine-Russia conflict, ongoing South China Sea tensions will be another hot button issue on the agenda.

US Secretary of State Anthony Blinken will fly in, with Chinese Foreign Minister Wang Yi and Russia’s top diplomat Sergei Lavrov also expected to attend and hold meetings with the ASEAN ministers.

But analysts do not expect a repeat of 2012 when Cambodia — a key Beijing ally — last hosted ASEAN and was accused of siding with China on the disputed sea, resulting in no communique being issued.

“Cambodia has learnt its lesson. It was the first time ASEAN didn’t come up with a joint statement and Cambodia got big blowback from it,” said Thailand’s Chulalongkorn University analyst Thitinan Pongsudhirak.

“Hun Sen.. doesn’t want to shoot himself in the foot again.”

China claims most of the sea — with competing territorial assertions from Brunei, Malaysia, the Philippines, Taiwan and Vietnam.