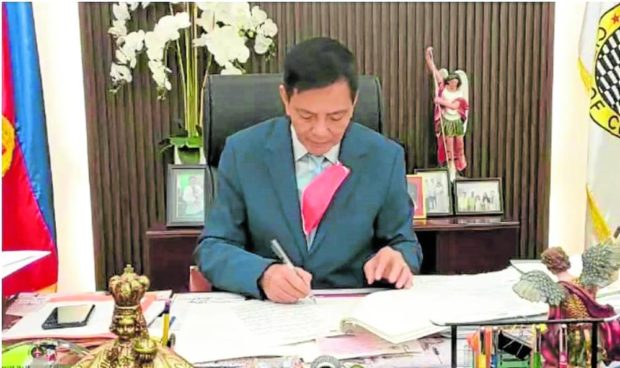 CEBU CITY—Mayor Michael Rama has signed City Ordinance No. 2657, also known as the Freedom of Information (FOI) Ordinance of 2019, that allows the public access to records of transactions in this city.

Rama, who signed the measure on Thursday, considered the approval of the FOI ordinance as timely since Cebuano journalists will celebrate Press Freedom Week in September.

The FOI ordinance allows “access to information, official public records, or to documents and papers pertaining to official acts, transactions and decisions, as well as government research data used as basis for policy development in the custody of the city government.”

The move drew praise from the Cebu Citizens-Press Council (CCPC), a body composed of local media and civic leaders, lauding city officials for passing the ordinance that provides a mechanism on full disclosure and transparency in government offices here.

The FOI ordinance was another step toward institutionalizing the access to information, said CCPC said in a statement.

“It has been a painfully slow program for FOI, thus the local media’s applause for each step taken on the road to better access, which the ordinance promises to provide, subject only to valid exceptions or limitations provided by the Constitution and laws and ordinances,” said lawyer Pacheco Seares, CCPC executive director.

“CCPC hopes to see the FOI ordinance serve its avowed intent and purpose. We cannot rule out problems in implementation but the mayor, by executive order, or the city council, by amendment, will have the option and means to solve them. We trust in their genuine wish to make the ordinance work,” Seares said.

The ordinance aims to provide a local counterpart in the enforcement of former President Rodrigo Duterte’s Executive Order No. 2, which he signed in July 2016, on full disclosure and transparency in government offices.

According to the FOI ordinance, there shall be a legal presumption in favor of access to information, public records or official records.

No request for information, it said, shall be denied unless it clearly falls under any of the exceptions, which the City Legal Officer was directed to submit to the city council within 30 calendar days from the date of the effectivity of the ordinance, for its approval.

The ordinance required each department and office of the city to have an FOI receiving officer that shall receive, screen and, upon approval of the department head, release the necessary documents.

The concerned office would have to give its decision to grant or deny a request for information within 15 working days, with an extension of 20 working days or more allowed when the information requested requires extensive search of the office’s records.

Violators would get a reprimand on the first offense, suspension from one to 30 days for the second offense, and dismissal from the service for the third offense.