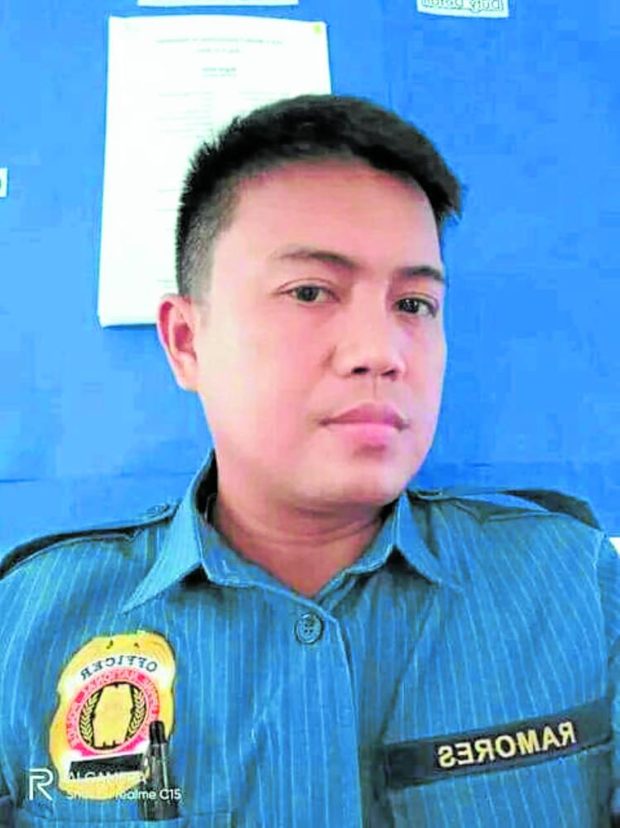 LEGAZPI CITY—Twenty personnel from the Philippine National Police’s 503rd Maneuver Company of the Regional Mobile Force Battalion (RMFB) in Masbate province were relieved from their posts following the death of their comrade on Tuesday due to alleged hazing.

Police Maj. Maria Luisa Calubaquib, spokesperson for the Bicol regional police, said two officials and 18 noncommissioned officers would face administrative and criminal charges if they were found responsible for the death of patrolman Jaypee Ramores, 32, who was assigned to the unit.

The relieved police officers were placed under restrictive custody at the RMFB headquarters inside Camp Simeon Ola in Legazpi City, Albay province, while the investigation is underway.

They shall be required to make their affidavits regarding the incident, the PNP said.

In an initial police report, Ramores, a resident of Talisay town in Camarines Norte, died while being treated at the Ticao District Hospital in San Jacinto town in Masbate around 9:30 p.m. on July 26.

Before the incident, police said the victim was also brought to the hospital on July 22 after he collapsed while running on the road around the town. He was discharged from the hospital around 5 p.m. on the same day.Autopsy report

Citing the result of the autopsy released by the hospital, Calubaquib said the victim died due to cardiorespiratory arrest, deep vein thrombosis secondary to pulmonary embolism, and multiple physical injuries secondary to blood trauma.

“If we’re able to corroborate the autopsy report and if the affidavit of the witnesses would pin down the involved officers, that would be the time for us to prepare the administrative and criminal case against the perpetrators,” she said in a phone interview.

The PNP created a Special Investigation Task Group to look into the circumstances surrounding the death Ramores, who joined the PNP only in 2021.

On Thursday, the Bicol and Masbate police also conducted a separate inquiry into the alleged hazing incident.The family appealed for justice and asked the government to hold accountable all those behind the incident.

Liezel Getuya, sister of Ramores, also asked higher police and other government officials to conduct a thorough investigation as they had difficulty getting information that would shed light on the cause of his death.

“His batchmate[s], whom we expect to sympathize with us, [were] already briefed. Their stories were scripted; [that my brother] was only jogging, was slightly beaten and the blisters were just caused by the combat shoes,” she said in a Facebook post.

Photos circulating on social media showed that the victim had cigarette burns on his chest and stomach, severe bruises at the back of his body and on his legs, and other signs of torture.

Getuya said her brother was supposed to give allowance to their mother this month, but they were not expecting that their mother would instead receive death claims.

Ramores joined the PNP in 2021 and was first assigned to the battalion’s headquarters and 505th Maneuver Company based in Albay province. —WITH A REPORT FROM DEXTER CALABZA