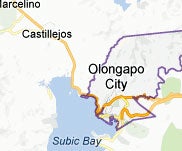 OLONGAPO CITY — Two men who were on the local police’s drug watch list were arrested on Thursday (July 27) during an anti-narcotics operation here, authorities said.

The unnamed suspects were nabbed in a buy-bust operation in Barangay New Asinan at 10:45 a.m., according to the Olongapo City Police Office.

The two suspects confiscated at least three sachets of “shabu,” or crystal meth, worth P13,600.

The duo will be charged with violations of the Comprehensive Dangerous Drugs Act of 2002.