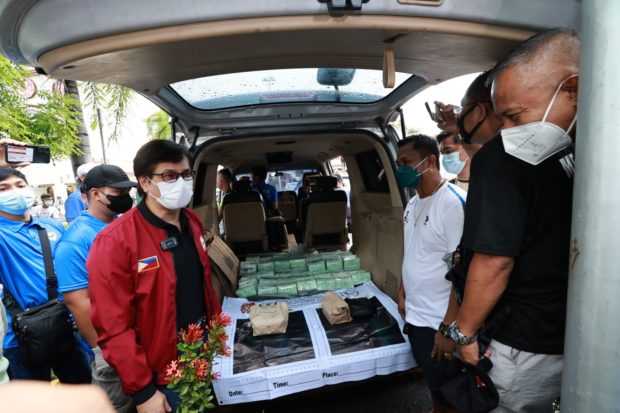 Some 60 kilos of crystal meth were confiscated from Cosumo, the PNP reported.Interior Secretary

Benjamin Abalos Jr. praised the successful Pampanga buy-bust operation, stressing how this shows the government’s commitment to continue its crackdown on illegal drugs.

“We will intensify this war on drugs,” he said in a statement. “Walang tigil ito, pukpukan ito (There’s no stopping this crackdown). But this time, we will complement our anti-drug operations with the full force of the law. We will make sure that the cases, especially those against high-profile drug suspects, are airtight.”

Abalos: Drug war to be ‘as intensive as before’