When Russia leaves, what's next for the International Space Station? | Inquirer News

When Russia leaves, what’s next for the International Space Station? 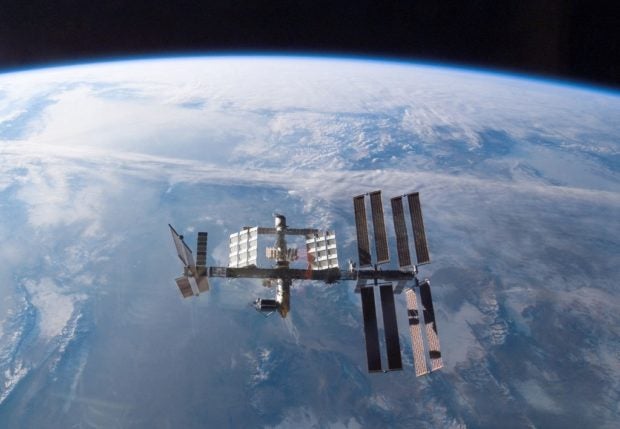 (FILES) This file photo provided by NASA on February 19, 2008 shows the International Space Station as seen from the US space shuttle Atlantis on February 18, 2008. Russia has decided to quit the International Space Station “after 2024”, the newly-appointed chief of Moscow’s space agency told President Vladimir Putin on July 26, 2022. The announcement comes as tensions rage between the Kremlin and the West over Moscow’s military intervention in Ukraine and several rounds of unprecedented sanctions against Russia. (Photo by Handout / NASA / AFP)

Washington, United States — Russia’s announcement this week that it will leave the International Space Station “after 2024” raises critical questions about the outpost’s future viability.

Here’s what you should know about Moscow’s decision, and the potential effect on one of the last remaining examples of US-Russia cooperation.

Why does Russia want to leave?

Russia’s invasion of Ukraine has pitted it against the West, eviscerating its relationship with the United States and leading to broad sanctions, including against its space industry.

Back in March, Dmitry Rogozin, then-chief of Russian space agency Roscosmos, warned that without his nation’s cooperation, the ISS could plummet to Earth on US or European territory.

But Rogozin’s penchant for bombast, combined with a lack of a firm plan, left things uncertain — and just two weeks ago, Russia and the United States vowed to continue flying each other’s cosmonauts and astronauts to the station.

Scott Pace, director of the Space Policy Institute at George Washington University, said that if anything, the new announcement by Rogozin’s successor Yury Borisov was “mildly helpful.”

“The fact they said, ‘We’re going to be committed through 2024’ is good,” Pace, a former high-ranking government official, told AFP.

It means Moscow isn’t planning to pull out sooner, even though what precisely is meant by “after 2024” isn’t yet clear.

The year 2024 is what the partners had previously agreed to, though NASA’s goal is to keep the ISS in orbit until at least 2030 and then transition to smaller commercial stations.

The next step in the process is to notify a body called the multilateral control board, comprising all the ISS partners — the United States, Russia, Europe, Japan and Canada — at which point details of the transition will be defined.

If Russia does follow through, it could end up grounding its once proud space program for some time. The country doesn’t have a commercial space economy, and Russian analysts don’t see the country building a new station anytime soon. 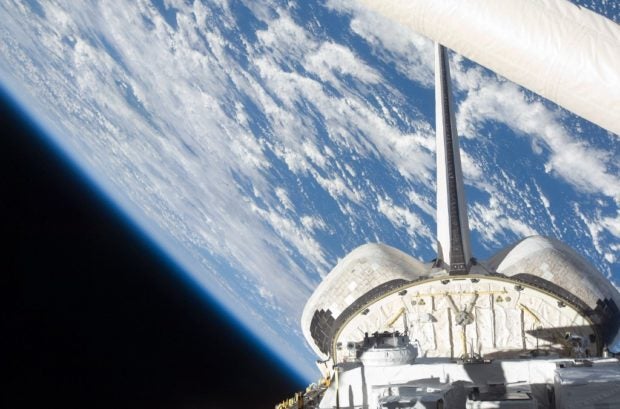 In this handout image provided by NASA, backdropped by a blue and white Earth and the blackness of space, a partial view of Space Shuttle Endeavour’s payload bay, vertical stabilizer and orbital maneuvering system (OMS) pods are seen July 16, 2009 in Space. After multiple delays due to hydrogen leaks and weather conditions, Endeavour is to deliver components of the Japan Aerospace Exploration Agency’s Kibo laboratory to the International Space Station. AFP PHOTO/NASA/Handout (Photo by NASA / NASA / AFP)

Can the station fly without Russia?

Probably — but it would be challenging.

The ISS was launched in 1998 at a time of hope for US-Russia cooperation following their Space Race competition during the Cold War.

Since the Space Shuttle was retired, the ISS has relied on Russian propulsion systems for periodic boosts to maintain its orbit, some 250 miles (400 kilometers) above sea level. The US segment is responsible for electricity and life support systems.

The United States has recently taken strides in gaining an independent propulsion system through Northrop Grumman’s Cygnus spacecraft, which successfully carried out a re-boost test in late June.

But altitude is only a part of the equation: the other is “attitude,” or orientation.

Cygnus “can push, but it can’t keep the station pointed in the right direction while it pushes,” explained astronomer and space watcher Jonathan McDowell.

The ISS itself can make small attitude adjustments, but if the Russians pulled out, the United States would need a more permanent solution — perhaps involving the SpaceX Dragon, Northrop Grumman’s Cygnus or Orion, said Pace.

Russia has two propulsion systems: progress spaceships that dock to the station and the Zvezda service module. All of the control systems are handled out of Moscow.

It would be helpful if Russia left their segment in place rather than took it with them when they go — one of the station’s two bathrooms are on the Russian side — observed Pace, but that’s another unknown.

“If it’s still there, and we wanted to use it, would there be some sort of rental arrangement? I don’t know.”

What do experts predict?

NASA itself has adopted a bullish position.

“Anybody thinks that there’s a different plan, you’re wrong.”

But while Russia’s withdrawal could present a new opportunity for the private sector, McDowell isn’t so certain.

For him, “how hard they really want to work to get an extra few years out of ISS” is an open question.

“It’s maybe not the right move for the US to go to extreme lengths to save (the) Station,” he said, especially since NASA has bigger goals of building a lunar space station called Gateway, establishing a Moon presence and going to Mars.

“Maybe they should take the Russian pull-out as an excuse, and go, ‘Okay, bye.’ And now let’s put our money in Gateway.”