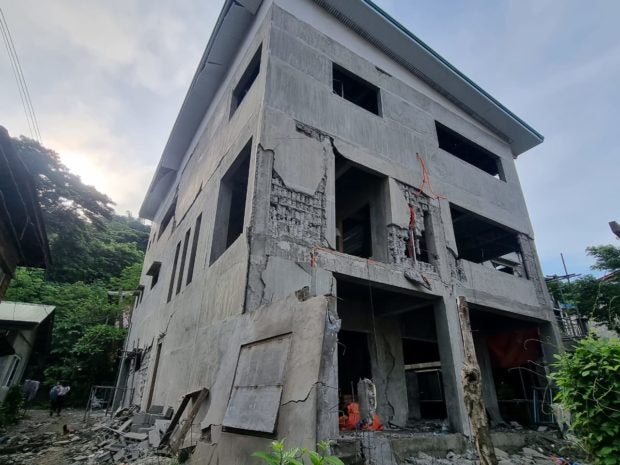 BAGUIO CITY — The province of Abra declared a state of calamity on Thursday, a day after a magnitude 7.0 earthquake struck the province and rattled much of Luzon.

This was declared through Sangguniang Panlalawigan Resolution No. 180 S. 2022, which was unanimously approved by the province’s council, citing extensive damage brought by the earthquake to the province.

“In order for the Provincial Government of Abra to immediately address the needs of the people in the aftermath of the earthquake, it is imperative to declare the entire province of Abra under a State of Calamity,” said the provincial government in the resolution.

Apart from the unanimous approval from members of the Sangguniang Panlalawigan, Governor Dominic Valera also signed the resolution.

According to the resolution, initial reports from the Provincial Disaster Risk Reduction and Management Office (PDRRMO) showed that the earthquake caused damage to 80 percent of the total population of Abra.

“Major infrastructure facilities, both private and government properties, were severely damaged,” said the provincial government in the resolution.

It also stated that the earthquake destroyed power lines placing Abra into a province-wide blackout.

According also to the PDDRMO, several houses, buildings, and bridges sustained damage due to the powerful tremor, which also paralyzed the operations of business establishments and displaced many of its citizens.

Data also showed that at least 1,227 families had been evacuated, and 123 were reportedly injured.

Five percent of the calamity reserve fund is authorized to be utilized to respond to the needs of the residents of the 27 towns there.

Classes and work in the public sector, not including frontline services, have also been suspended in the province until August 1.

Meanwhile, the resolution also included a request for immediate assistance from all National Government Agencies for Disaster response, relief, rehabilitation and reconstruction support.

The NDRRMC spokesperson Mark Timbal previously said that five people have already died due to the earthquake.

Meanwhile, the Philippine Institute of Volcanology and Seismology (Phivolcs) warned that aftershocks might occur for several days and even months.