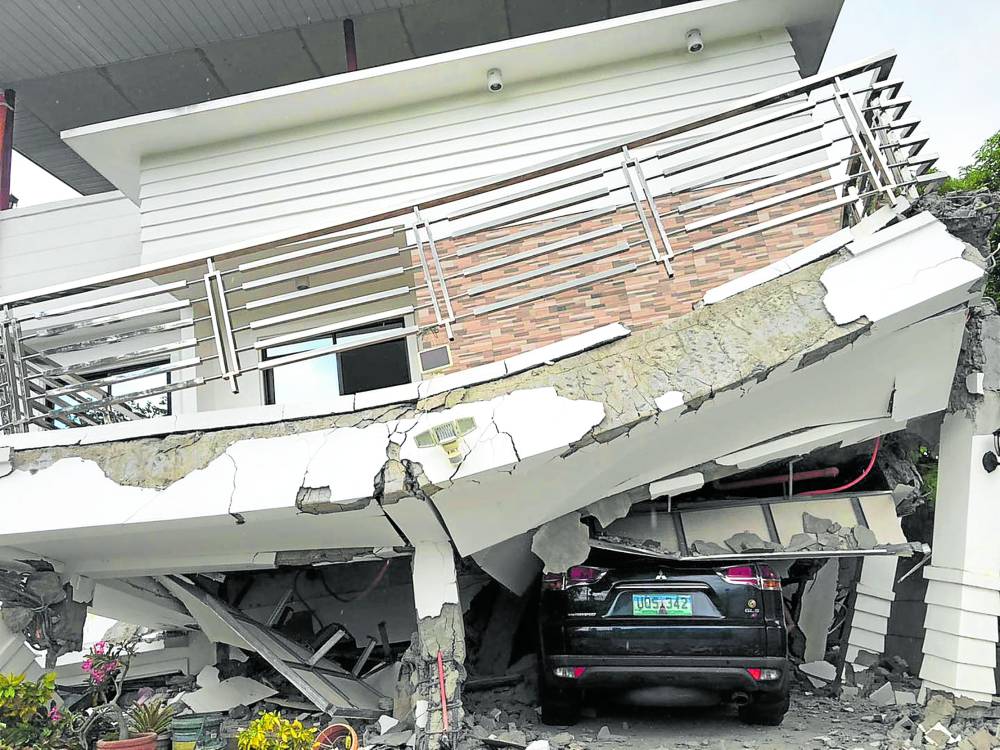 HIGH IMPACT The 7-magnitude earthquake that struck Abra on Wednesday damaged more than 50 buildings and over 1,000 houses, like this one in the provincial capital of Bangued, and left at least four people dead.  —PHOTOS COURTESY OF MARK ANICAS AND ALEX BERNAL; AFP

MANILA, Philippines — The number of aftershocks following the magnitude 7.0 earthquake in Abra is now at 808, the Philippine Institute of Volcanology and Seismology (Phivolcs) said Thursday morning.

Phivolcs said the aftershocks ranged in magnitude from 1.5  to 5.0.

The agency earlier warned to expect aftershocks for several days and even months, after classifying the magnitude 7 tremor in Abra as a “major earthquake.”