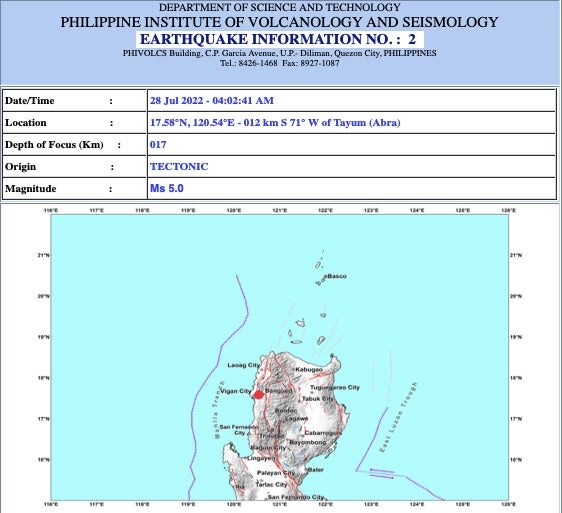 The earthquake was tectonic in origin and was recorded at exactly 4:02 am with a depth of 17 kilometers.

Phivolcs said the epicenter of the quake was located 12 kilometers southwest of Tayum, Abra.

“This is an aftershock of the 27 July 2022 M7.0 Northwestern Luzon Earthquake,” said Phivolcs.

The intensity of the earthquake was initially reported as 5.1, but was slightly downgraded, as of 5:37 a.m.

Phivolcs said that Intensity IV was felt in Bangued, Abra, while Instrumental Intensities were felt in the following areas:

The agency then warned that the earthquake may have caused damage but no aftershocks are expected.